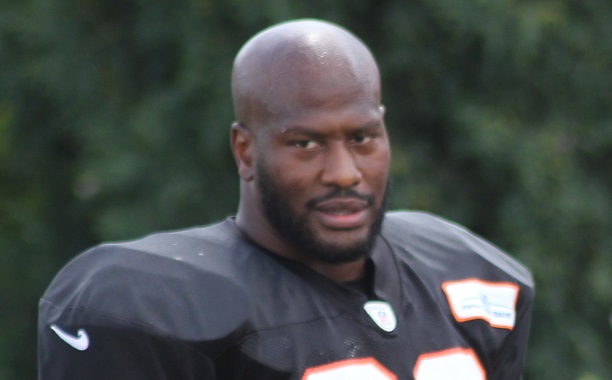 The Pittsburgh Steelers indicated in an announcement that linebacker James Harrison is going to stay with the franchise for a couple more years after having signed a two-year contract with the team.

In the announcement, which came earlier today, the team made no mention as to the specifics of what the financial aspect of the agreement entailed.

Harrison, 2008’s NFL Defensive Player of the Year, has earned a total of five consecutive Pro Bowl selections between 2007 and 2011 as well as two Super Bowl Championships (XL and XLIII).

In regards to his recently agreed upon contractual agreement with the football club, Harrison tweeted to his more than 367K followers, “I’m back #steelersnation”.

He’s tied for the top spot in the team’s history of multiple sacks in a single game with 17 multi-sack games and is second in total sacks with a total of 69.5 sacks; these numbers only take official statistics into account.

Last August, Mr. Harrison briefly retired after having been released by Cincinnati following a single season with the Bengals. He later rejoined the league with the Steelers in late September of last season and reigned in what the Miami Herald reported to have been a total of 45 tackles with 5.5 sacks between just 11 games.

James was first signed by the Steelers as an undrafted rookie free agent back in 2002, however, he was released the following year. Later, in 2004, he returned to the team and helped bring reign in a couple of Super Bowl titles for the franchise.

What are your thoughts on James Harrison signing with the Pittsburgh Steelers for another two-years?