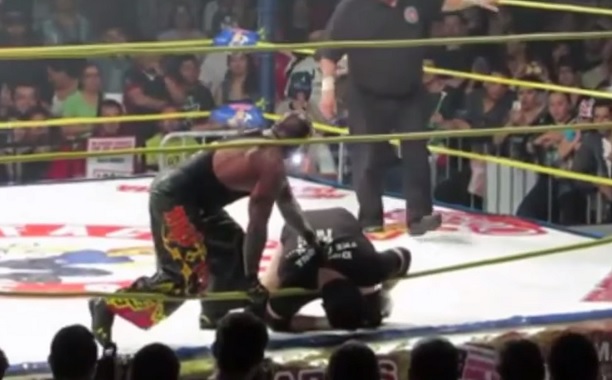 Pedro Aguayo Ramirez, whose known as Hijo del Perro Aguayo, died on Saturday after finding himself the recipient of a flying kick from fellow wrestler Oscar Gutierrez, known as Rey Mysterio Jr.

Ramirez fell unconscious after being kicked by Gutierrez in a match at the municipal auditorium in Tijuana, Mexico. The Associated Press quoted the Tijuana Boxing and Wrestling Commission’s president Juan Carlos Pelayo in a report on the Taipei Times as having said during a press conference on Saturday that “the reaction for medical attention was quick” in his opinion.

The reaction for medical attention was quick, in my opinion

While the match continued for nearly 2 minutes prior to the realization by participants and the referee that he had sustained a serious injury, he was eventually whisked away to a local hospital located a block away.

Based on the autopsy, the cause of death was trauma to the neck and a cervical fracture, according to the state prosecutor’s office who is investigating the possibility of manslaughter in the recent killing.

Pedro, who wrestled for 20 years before his untimely end, was the son of the legendary wrestler Pedro “Perro” Aguayo. His father, who is now retired, is a member of the Aztec lucha hall of fame.

In a video of the incident published on the “Wild News” YouTube channel, the late Aguayo can be seen hanging unconscious on the ropes.

What do you think of Rey Mysterio accidentally killing Perro Aguayo?