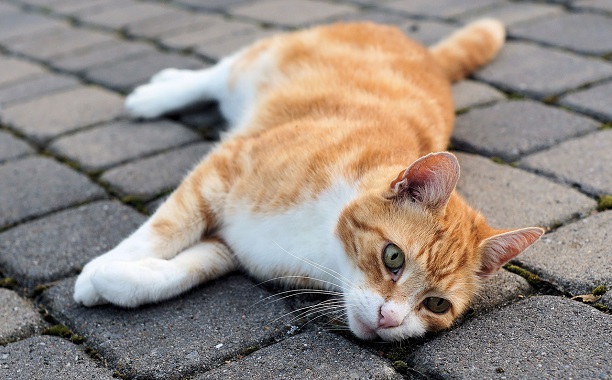 Judge Susan Criss presided over Robert Durst’s trial for shooting and dismembering his neighbor in Texas back in 2003, a crime for which he was acquitted on the grounds of self-defense, and now Inside Edition reports that she claims to “strongly believe” that Durst was the one who left a cut up cat head on her doorstep following the trial.

When Inside Edition‘s Diane McInerney asked the judge who she thought had left the cat’s head on her doorstep, the judge reportedly indicated that she strongly believed “it was Robert Durst.”

Taking the conversation further, McInerney asked Judge Criss whether she thought Durst was a serial killer, to which the judge said, “I believe that Robert Durst is a serial killer.

I strongly believe it was Robert Durst. […] I believe that Robert Durst is a serial killer.

Durst was recently arrested by the Federal Bureau of Investigation (FBI) in New Orleans on a extradition warrant issued out of Los Angeles for his role in the murder of Susan Berman, a woman who was killed in Hollywood as authorities in New York were preparing to question her in regards to the 1982 disappearance of Robert’s wife, the late Kathleen “Kathie” Durst.

The judge who presided over the case in Texas also told Inside Edition that Durst had seven Malamutes, all named Igor, who all had “very bizarre unnatural deaths.” She believes that he used the dogs to hone his skills in killing.

The recent arrest of Durst came before the finale of the six part HBO documentary series “The Jinx: The Life and Death of Robert Durst,” a series which examines Durst’s role in three mysterious deaths.

In a statement sent to us by PETA media coordinator Alexis Sadoti, the non-profit’s senior director of their Emergency Response Team, Martin Mersereau, related the severed feline head Criss believes Durst left on her door to a move “right out of the playbook of serial killers” such as Jeffrey Dahmer and the Son of Sam.

A decapitated cat is right out of the playbook of serial killers, including the Son of Sam, Jeffrey Dahmer, and Albert DeSalvo (the “Boston strangler”). Animal abusers are deeply disturbed bullies and cowards who victimize the most vulnerable, defenseless individuals available to them—human or nonhuman. If the latest allegations about Robert Durst are true, PETA can point to his case as yet another reminder that acts of cruelty to animals must always be taken with the utmost seriousness and met with swift intervention and prosecution—for everyone’s sake.

Do you think Robert Durst is a serial killer?

Editor’s Note: This news entry was updated on 3/20/2015 to include a statement from PETA’s Senior Director of the Emergency Response Team, Martin Mersereau.