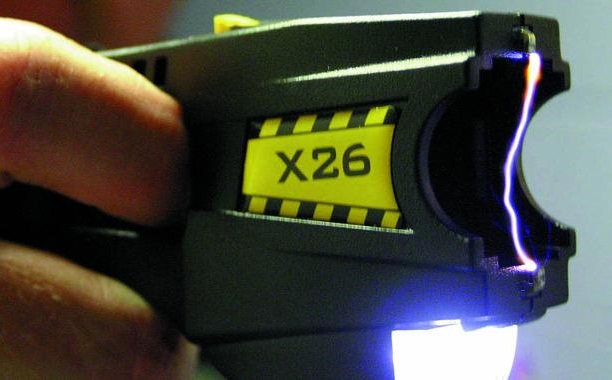 A man originally from Pago Pago in American Samoa, Kaiser High School graduate Sheldon Haleck, has died while in police custody after being pepper sprayed and zapped with a stun gun.

The death, which occurred on March 16, comes as a result of an incident in which Honolulu police officers responded to the area of South King Street after a report of a man wearing dark-colored clothes running in the middle of the roadway, acting erratically.

Hawaii News Now reports that HPD has indicated that the man, who sources claim to be the 38-year-old Haleck, refused to leave the roadway and continuously ran away from the police officers responding to the incident. Authorities attempted to use pepper spray, however, it proved ineffective and so they deployed an electric gun, not once, but twice.

Police claim that the man eventually tripped and fell while running away, which gave law enforcement the opportunity it needed to subdue the man who was described by authorities as “combative”. He was then placed under arrest.

Once under arrest, Mr. Haleck was escorted to the sidewalk where he suddenly became unresponsive. He was then rushed by ambulance to Queens Medical Center where he was pronounced dead.

The cause of death has not been released.

The incident took place near Iolani Palace and resulted in the closing of two roads, Richards and South King, during the incident which began around 8:15 p.m. on Monday evening.

The man was allegedly involved in an accident from which he had fled the scene.

He was booked for resisting arrest.

In an unrelated report from back in January of this year, a 17-year-old girl was hit with a Taser when she allegedly attacked a police officer inside of a police station with a knife. The girl, Kristiana Coignard, was subsequently shot to death by officers after the stun-gun proved ineffective.

What are your thoughts on law enforcement’s use of Tasers?