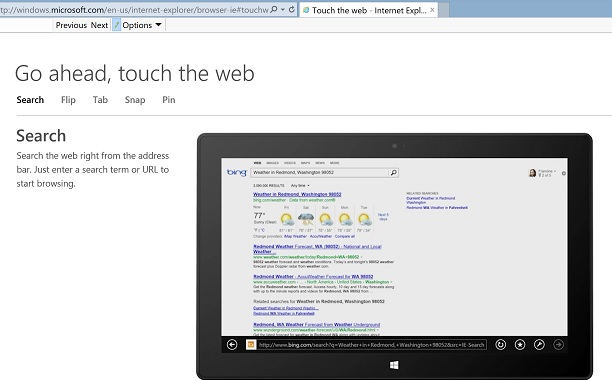 While Microsoft appears intent on continuing to explore the development of web browsing clients, their flagship web-browser, Internet Explorer, is reportedly coming to an end.

The new web browser project the tech giant announced in January, which is codenamed Project Spartan, will not be associated with the Internet Explorer brand, according to a report on MSN.

Chris Capossela, Microsoft’s marketing chief, confirmed the brand’s end while speaking at Microsoft Convergence on March 16, 2015. He was quoted by The Verge as having said that the company is “now researching what the new brand, or the new name, for” the Windows 10 browser should be.

We’re now researching what the new brand, or the new name, for our browser should be in Windows 10 […] We’ll continue to have Internet Explorer, but we’ll also have a new browser called Project Spartan, which is codenamed Project Spartan. We have to name the thing.

The browser under its old IE brand will still exist on some versions of the Windows 10 operating system, primarily for enterprise compatibility, however, the new Spartan browser will take over as the company’s primary client for surfing the web.

Back in April of 2009, Microsoft warned of a remote code execution vulnerability in Internet Explorer versions 6 through 11.

All of its failures aside, it seems as if Project Spartan, the brand drop, and the departure of the former IE chief have signaled the dawn of a new era for the company’s web browser.

What do you think Microsoft should name their new web browser?