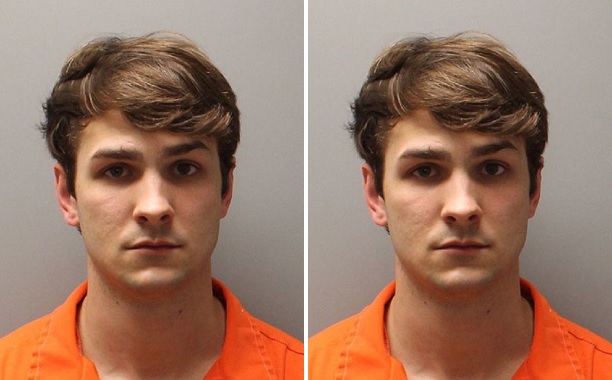 The 24-year-old son of Alabama’s chief justice was arrested in Troy on drugs charges over the weekend after police allegedly discovered marijuana and Xanax pills on top of a wallet which contained his passport.

Chief Justice Roy Moore, the father of the recently arrested, made national headlines for his efforts to block gay marriage in Alabama which were thwarted by the intervention of a federal judge who ordered the state to issue marriage licenses to same-sex couples.

WKRG reports that law enforcement were responding to a complaint of a possible break-in when they found Roy’s son Caleb Moore and four other men near a white pickup truck. At which point, a police officer smelled marijuana and after searching the vehicle, discovered Xanax pills as well as marijuana.

Police responded to the report of the break-in on Allen Street around 2:30 p.m. ET on Sunday.

Court documents indicated that the marijuana and the Xanax pills, which were inside of a plastic bag resting on top of a wallet containing Caleb’s passport, were found inside of the vehicle’s glove box.

The vehicle’s search by authorities rendered a total of four Xanax pills.

A FOX 6 report indicated that the chief justice’s son had been transported to the city jail and later released on $7,500 bond for the controlled substance charge and another $1,000 bond for the marijuana possession charge.

Caleb plead guilty to possession of a controlled substance in St. Clair County back in 2012 and in 2011, he was charged with driving under the influence as well as drug possession.

A spokesman for the Alabama Administrative Office of Courts, Scott Hoyem, indicated that Roy Moore had no comment on what he referred to as a personal matter.