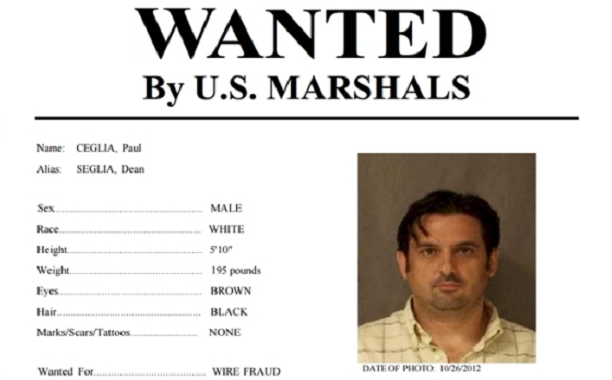 Paul Ceglia sued Facebook’s founder Mark Zuckerburg claiming partial ownership of the social media giant before authorities slapped him with criminal charges and placed him under house arrest and now KFOR Channel 4 has reported that the man has gone missing from his home in New York.

U.S. Marshals, who are currently searching for the fugitive, discovered that he was missing after attempting to serve an arrest warrant to his home on Sunday for tampering with his ankle bracelet.

The ankle bracelet was discovered in his home, however, there was no sign on the 41-year-old or his family.

U.S. Marshal Charles Salina who serves the Western District of New York was quoted by KFOR as having said that the U.S. Marshals Service was unaware of why he fled, citing an inability to read minds, as he said, “You don’t know what’s in somebody’s mind when they decide to take off and become a fugitive” of the law.

Mr. Ceglia’s charges stem from mail and wire fraud in relation to the lawsuit which he brought against Facebook founder and CEO Mark Zuckerberg, who is also being sued by Mircea Voskerician in an unrelated real estate matter regarding his private home in Palo Alto, California.

What are your thoughts on the disappearance of the man who sued Facebook claiming to own part of the $200 billion company?