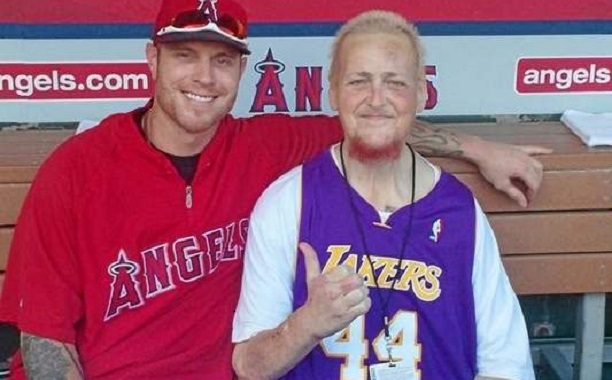 The cause of death has not yet been determined.

McDonnell, who was 58-years-old at the time of his death, weighed 740 pounds prior to undergoing a gastric-bypass surgery. The Associated Press report via the Washington Times that he lost 400 pounds after his 2004 gastric bypass surgery.

The Los Angeles Times quoted the Angels Manager Mike Scioscia as having said that he knew Joe since he first came up with the Dodgers and that he was “a good friend who will be missed.” The report also quoted the president of the Los Angeles Lakers, Jeanie Buss, as having said in a statement that Joe was “a regular at Lakers games and press events” who “will be sorely missed.”

For more than 35 years, Joe has been a regular at Lakers games and press events […] Known for his quick wit and strong opinions, Joe’s love of and support of the Lakers has always been appreciated. Over all these years, our players, coaches and staff have enjoyed working with and knowing Joe. He will be sorely missed.

The late radio personality was born on August 30, 1956 in Upper Darby, Pennsylvania. His radio career began in 1975 when he was just 19-years-old working for KGIL.

Known for his scoops, exclusives, large size and magnetic personality, the late McDonnell will be missed by many He is survived by his wife, Elizabeth.

What are your thoughts on the passing of sports commentator Joe McDonnell?