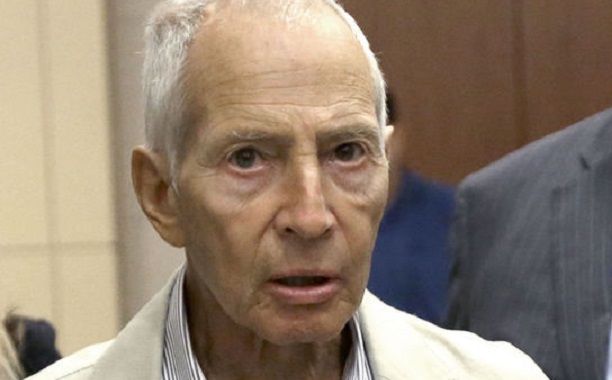 Real estate heir Robert Durst, who PBS reports was questioned about but never charged with several mysterious deaths and disappearances in the past, was arrested for murder by the Federal Bureau of Investigation (FBI) on Sunday in New Orleans while executing an extradition warrant issued out of Los Angeles, California.

The 71-year-old is the subject of a six part docuseries on HBO called “The Jinx: The Life and Death of Robert Durst.” The documentary series examines whether Mr. Durst played a role in three mysterious deaths which include that of his first wife, Kathleen Durst.

FBI spokeswoman Laura Eimiller indicated that the extradition warrant for his arrest was issued for the murder of Susan Berman. The late Berman died 15 years ago in the Hollywood section of Los Angeles as authorities in New York were preparing to question her in the 1982 disappearance of Robert’s wife, Kathie.

Chip Lewis, the defense attorney who successfully defended Durst in the Texas killing of his neighbor, was quoted by ABC 13 as having said that his client has “maintained his innocence for years” and that “nothing has changed.”

He’s maintained his innocence for years […] Nothing has changed.

Mr. Lewis claims that the arrest was “no doubt” orchestrated by Hollywood to be timed prior to the release of the final episode of Jinx.

Do you think Robert Durst will be found guilty of murder in the death of Susan Berman? What do you think the odds are he’ll be indicted on additional counts of murder while legal proceedings are underway?