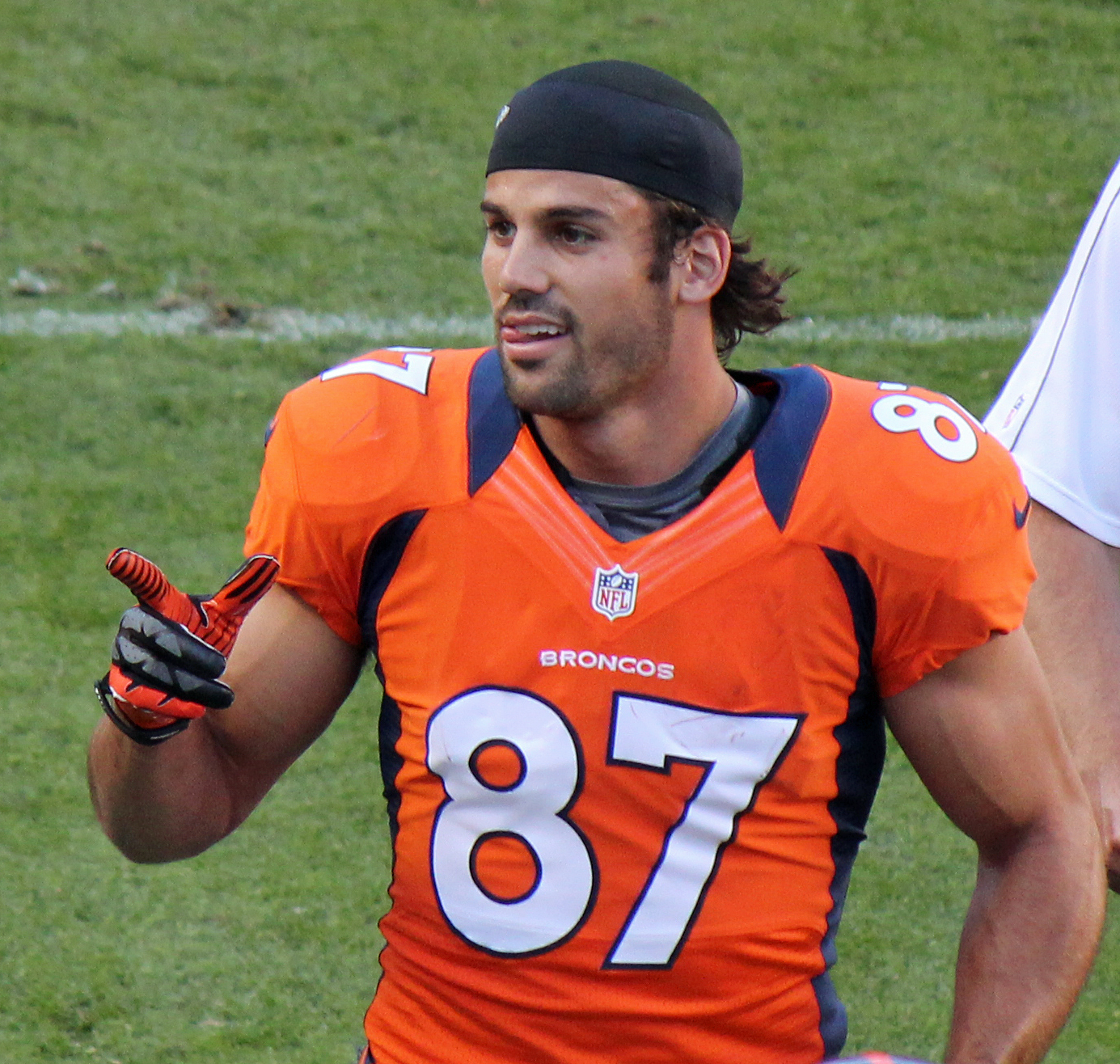 The top free agent wide-receiver, Eric Thomas Decker, was seen flying from Denver to Newark, by “Steve B” (@sbiggydiggy23) who tweeted:

Eric [censored] decker is on my flight #broncos

Kimberly Jones, an NFL.com columnist, confirmed in a tweet that Decker is en route to meet with the NY Jets.

NFL Media’s Ian Rapoport has indicated that the Jets will also be getting a visit from offensive tackle Breno Giacomini.

While the wide receiver market has been quiet during the first day of free agency, this could change at any moment.

Do you think Decker will trade catching passes from Peyton Manning for Geno Smith and sign with the Jets?