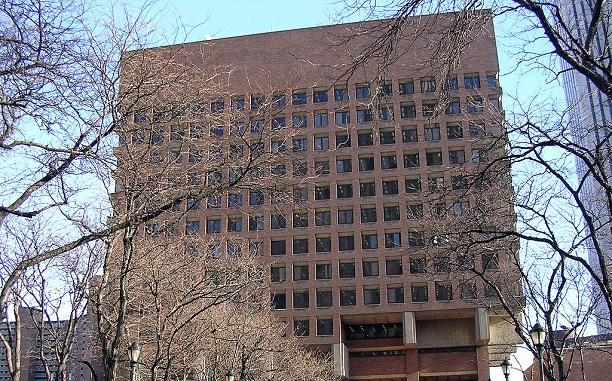 According to an early morning report published by Capital New York, the Wikipedia page dedicated to the death of Eric Garner has been edited by IP addresses connected to the New York Police Department and the matter is now “under internal review,” according to NYPD spokeswoman Detective Cheryl Crispin.

The changes, or edits if you will, were linked to IP addresses which trace back to the NYPD headquarters located at 1 Police Plaza (1PP), New York City, New York.

Capital’s report identified a total of 85 IP addresses associated with the NYPD which had been tied to edits on Wikipedia. The edits ranged from entries pertaining to NYC’s controversial stop-and-frisk practices and department scandals to prominent figures in the city’s political scene as well as police leadership.

Eric Garner died after he was placed in a prohibited chokehold by an officer with the New York Police Department, Daniel Pantaleo. His last words were, “I can’t breathe.”

Just hours after a grand jury in State Island ruled not to indict Pantaleo in the death of Garner, a user from the police headquarters in NYC reportedly edited the “Death of Eric Garner” page on Wikipedia.

RT News reported that IP addresses traced back 1PP were also used to edit pages which seem to be completely arbitrary of the agency. The edits included the Kool-Aid Man, Ultimate Fighting Championship (UFC), the movie My Giant, the Batman television series, and even the ’90s rock group Chumbawamba.

The edits on Garner’s page included changing “Garner raised both his arms in the air” to “Garner flailed his arms about as he spokes.” Instances of the word “chokehold” were replaced not once, but twice; one of them to “chokehold or headlock” and the other to “respiratory distress.”

An entire sentence was appended, the sentence read: “Garner, who was considerably larger than any of the officers, continued to struggle with them”.

In other wiki-related coverage here on Immortal News, Wikipedia’s American-based parent company, The Wikimedia Foundation, sued the National Security Agency and the Department of Justice over the NSA’s mass surveillance program.

In regards to computer networking, a proxy is essentially an intermediary which can be used to protect privacy.

Hackers have been known to monetize botnets, which are networks of systems compromised with computer viruses that place them under the control of their hacker masters, by enabling proxy servers which can be rented to an array of online miscreants and privacy concerned individuals alike.

What do you think the NYPD’s “internal review” into the Wikipedia edits will uncover?