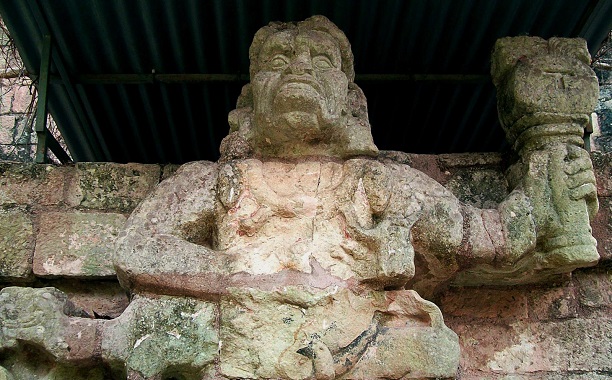 A team of US-based archaeologists claim they’ve uncovered the remains of a couple of lost cities deep in the jungles of Honduras and one of these ancient cities is reportedly believed to be the legendary “City of the Monkey God,” an ancient city referred to as the “White City.”

Just who resided in these long-lost cities remains a mystery, however, the indigenous inhabitants of the area told archaeologists over the years that the mysterious civilization had worshiped a giant statue of a monkey; the monkey worship being attributed to the city’s name.

The city is also known as the “white house” due to stories of white precipices casting their gaze across the rainforest canopy.

It’s also known as the “place of cacao” according to a UPI report.

The expedition was a cooperative effort between the government of Honduras and UTL.

UTL Productions published a press release via Market Wired in which the group indicated that the expedition to the Mosquitia Region had yielded proof of large structures and artifacts from an ancient culture previously residing in an area believed to have been the site of the legendary lost city.

The group employed the latest GPS/LiDAR technologies, which included airborne LiDAR, during their 11-day expedition which took place back in Feburary of this year, between the 16th and 26th.

The team of researchers was composed of American as well as Honduran archaeologists, anthropologists, a forestry expert, LiDAR specialist, documentary filmmakers and an ethnobotanist. An ethnobotanist is someone who scientifically studies the relationships between people and plants.

LiDAR, also known as LADAR is a remote sensing technology which measures distance by illuminating targets with lasers and analyzing the reflected light.was quoted in the release as having said the “aerial LiDAR images of an unknown ruin within the Honduran rain forest in 2012” led to what he referred to as “one of the most amazing journeys” of his life.

From the moment we first saw our aerial LiDAR images of an unknown ruin within the Honduran rain forest in 2012 to just a few weeks ago when we went into the undisturbed jungle by helicopter and ‘ground-truthed’ our digital discoveries, this has been one of the most amazing journeys of my life. Hopefully, it will help the Honduran people preserve this site and protect the jungle for years to come.

The lost city, known as La Ciudad Blanca, is believed to be by most professional archaeologists less of a city, and more of a collection of settlements due to the variations in the story of the The White City.

In other recent discoveries reported here on Immortal News, a graduate student at the University of California, Berkeley, who studies peacock spiders, has discovered two new peacock spider species in Australia.

What do you think, did the expedition truly unearth the lost City of the Monkey God?