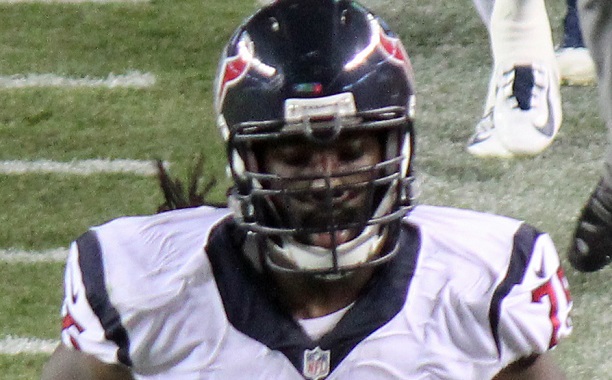 The Houston Texans have picked up tackle Derek Newton with a five-year contract in which the athlete will receive $26.5 million in compensation, according to ESPN.

The 27-year-old Newton was scheduled to become a free agent, but it looks like he’s not set to receive $10 million in guaranteed pay from his deal with the Texans. An additional $13.75 million is to be paid to the tackler over the course of the first two years of his new contract.

The two-star recruit coming out of junior college, who weighs 313-pounds and measures in at 6-feet-6-inches tall, went on to Arkansas State before he was drafted into the National Football League (NFL).

Fox Sports reports that Derek was inducted into the NFL after he was selected as a seventh-round draft pick out of Arkansas State back in 2011.

He appeared in 14 games as a backup to right tackle Erin Winston during his rookie year. His appearances came as the result of Winston’s cut back in the 2011 NFL season. At the time ,he was in direct competition with veteran Rasha Butler for the starting spot on the team as right tackle; a spot which he eventually won.

In 2012, he started every single game up until he injured his knee during the November 22 game against the Detroit Lions. As a result of the injury he sustained during the game, which the Texans won, he was replaced in the starting line-up by Ryan Harris.

What are your thoughts on Derek Newton’s $26.5 million contract with the Houston Texans?