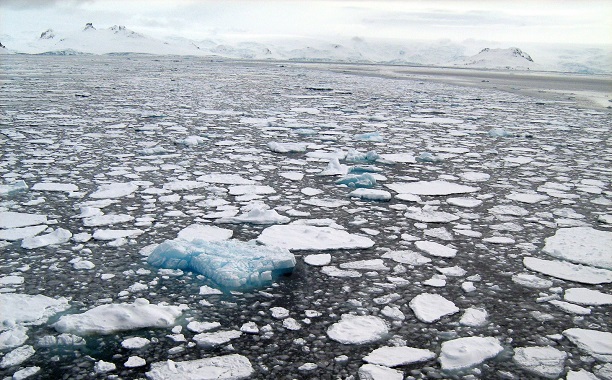 Arctic sea ice is getting thinner at a steadier and faster rate than researchers previously thought, according to a new study published in the journal The Cryosphere, which examined the thickness of the ice.

Researchers relied on historic measurements as well as modern ones to gain insight into the thickness of the sea ice as it’s changed over the past few decades.

Measurements from multiple sources indicate that the ice in the central Arctic Ocean diminished 65 percent over the course of 37 years, between a period of 1975 and 2012, as it dropped from 11.7 feet to 4.1 feet during that period.

Ron Lindsay, lead researcher and a climatologist at the University of Washington Applied Physics Laboratory, was quoted by Live Science as having said that the ice is presently “thinning dramatically” and that while researchers already knew it was thinning, they now had confirmation as to just how fast and they could see now “that it’s not slowing down.” She went on to say that what we see now is “well within the natural variability around the long-term trend.”

What we see now is a little above the trend, but it’s not inconsistent with it in any way […] It’s well within the natural variability around the long-term trend.

The compiling of records from various sources and matching them for comparison was funded by the U.S. National Oceanic and Atmospheric Administration.

The U.S. Navy’s submarine measurements of ice thickness were also taken into account by researchers behind the new study, as the submarine-based measurements were previously unearthed by former UW professor Drew Rothrock. Analysis of these records showed a 36 percent reduction in average ice thickness between 1975 and 2000.

Andrea Thompson at Climate Central writes in a report that the ice getting “significantly thinner” could potentially impact “local ecosystems, shipping routes and ocean and atmospheric patterns.” Thompson refers to the disappearance of sea ice in the Arctic as “one of the hallmark effects of global warming”.

Lindsay indicated that the more recent study confirmed and expanded upon the study which examined data from Navy submarines.

What are your thoughts on the thinning Arctic sea ice?