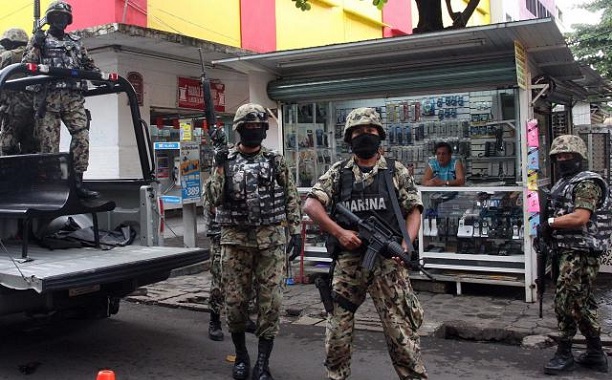 The leader of the Zetas drug cartel, Omar Trevino Morales, who is known by his codename of “Z-42” within the drug cartel’s militaristic system, has been captured by Mexican authorities just days after Mexican special forces captured La Tuta, the leader of the Knights Templar Cartel.

The 38-year-old cartel boss was arrested on Wednesday without any shots fired, the NY Times reported.

Mr. Morales came into power as of July of 2013 when his brother, Miguel Angel Trevino Morales, was arrested. Morales’ reign was also short lived as he came into power after the death of his predecessor, Heriberto Lazcano, who died in a shootout with the Mexican Navy back in October of 2012.

Lazcano’s body was stolen from a funeral home following his death at the hands of the Mexican Navy.

Zetas, a Mexican criminal organization, has become notorious over the years for its brutal murders which decapitations as well as the dismemberment of adversaries. The body parts of enemies have been discovered in public places, at times accompanied by warning messages.

The Zetas Cartel has been linked to mass killings by Mexican officials which include the 2010 massacre of 72 migrants in northeastern Mexico and the 2011 Monterrey casino arson attack which left 52 dead.

The attorney general’s criminal investigations chief Tomas Zeron was quoted by Newser as having referred to Omar as “one of the most dangerous and bloodthirsty criminals in Mexico” and that he was facing a minimum of 11 criminal counts which included drug trafficking, kidnapping, oil theft and organized crime.

The raids, which took place just after 3 a.m. on Wednesday, resulted in the arrest of four additional men. All of the men were loaded into armored personnel carriers at the Mexico City airport after having been delivered by military plane to the airport following their capture.

Los Zetas was formed by 31 members of an elite Mexican army force back in the late 1990s. In their early days, they worked as contract hitmen, bodyguards and drug runners for the Gulf Cartel.

Through a combination of helicopters, grenade launchers, assault rifles, state-of-the-art communications technology and military training, the group succeeded in establishing a narcotrafficking empire which is alleged to be behind extortion, drug trafficking, homicides and kidnappings.

While Trevino Morales had a 30-million-peso reward, nearly $2 million dollars, for information leading to his capture in Mexico, he had a $5 million reward on him in the United States.

While the Zetas were once contracted to work for the Gulf Cartel, The Yucan Times reports that the two cartels are currently engaged in a violent conflict for control in the north.

What are your thoughts on the recent capture of the Zetas Cartel leader, Omar “Z-42” Trevino Morales?