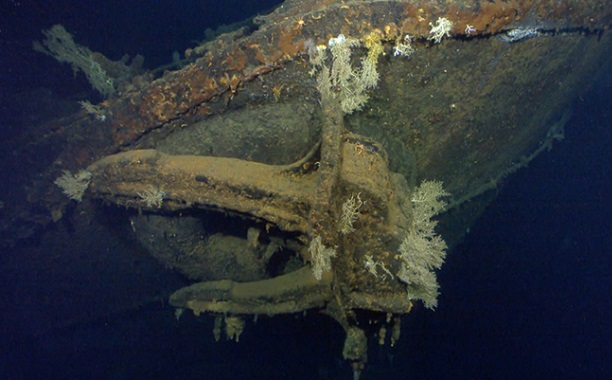 Microsoft co-founder Paul Allen claims he’s found a sunken Japanese battleship, the Musashi, while on an expedition in his superyacht, the M/Y Octopus.

The long-lost battleship, which Allen claims to be from World War II, was allegedly discovered near the Philippines in March of this year.

The director of Japan’s Kure Maritime Museum indicated to CNN that it appeared as if Allen’s vessel was that of the sunken warship known as Musashi, but in order to be certain, additional pictures would need to be analyzed.

The remotely operated vehicle (ROV) known as the Octo ROV was deployed from Allen’s superyacht in order to scour the waters. The submersible eventually discovered what Allen claims to be the remnants of the Musashi battleship.

Musashi, which sank back in 1944, was discovered by Allen’s team using the Octo ROV 1-kilometer below the Sibuyan sea.

Allen, born Paul Gardner Allen on January 21, 1953, is a Seattle-born native who dropped out of college back in ’74 and co-founded Microsoft along with fellow billionaire Bill Gates.

RIP crew of Musashi, appx 1023 lost. The pic of the valve 1st confirmation of Japanese origin (clues 2 use apprec). pic.twitter.com/BcJgkhWskb

Mr. Allen said in a statement that he’s “been fascinated with World War II history,” which he went on to say was inspired by his father’s time in the military.

Since my youth, I have been fascinated with World War II history, inspired by my father’s service in the U.S. Army […] The Musashi is truly an engineering marvel and, as an engineer at heart, I have a deep appreciation for the technology and effort that went into its construction. I am honored to play a part in finding this key vessel in naval history and honoring the memory of the incredible bravery of the men who served aboard her.

The recently discovered warship, which was one the two largest warships in the world during its time, sank on October 24, 1944, after it was hit numerous times by Navy dive bombers and torpedo planes during the Battle of the Sibuyan Sea.

Do you think it’s really the Musashi that Paul Allen and his team discovered after what has been over eight years searching?