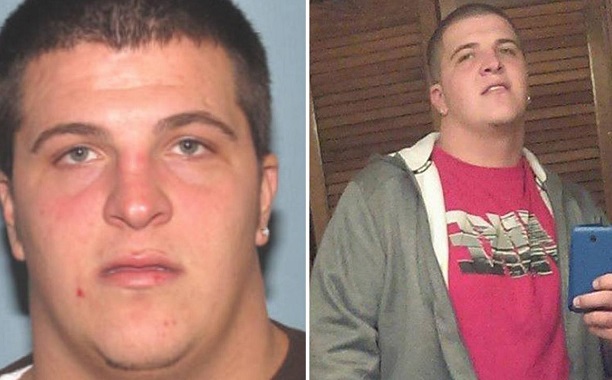 An Ohio man with the audacity to comment on his own wanted poster on the Butler County Sheriff’s Office Facebook page has been captured after he turned himself in to authorities to face charges.

In response to his wanted poster which was posted on Facebook, the man wrote:

In response to the recently captured fugitive’s social media taunt, Butler County Sheriff Richard K. Jones responded on Twitter with an image of a jail cell accompanied by a response which read: “Hey Andrew Marcum we’ve got your room ready…”

Jones then responded some time later with a Twitter update indicating that Marcum had been captured, as it displayed an image of Andrew Marcum’s mugshot.

He followed up the mugshot tweet with a tweet which rhetorically inquired whether it was “raining outside” or if the guy was just “teared up.”

One Twitter user, Luke Stammen, replied to Jones’ tweet about the recently incarcerated fugitive apparently tearing up in his mugshot saying, “it’s shameful to see a public figure doing a victory dance when a young man is jailed.” In a prior comment, the Twitter user also said that he was “not condoning” Marcum’s actions, “but have some dignity and allow him what he has left.”

@butlersheriff it's shameful to see a public figure doing a victory dance when a young man is jailed.

Earlier, before the man’s recent arrest, The Blaze reported that Jones called the mocking taunt a little “exciting” during a press conference in which he warned that “it’s not good to taunt the police.” He also related the fugitive’s challenge to authorities as “poking the bear.”

Throughout the fiasco, law enforcement from the neighboring Hamilton County Police Association told Andrew via an entry on their Facebook page to “please stay in Butler County.”

In other crime coverage here on Immortal News, inmates at Rikers Island prevented a female corrections officer’s rape by taking it upon themselves to break into a secure area of the prison where the female officer was being attacked by a convicted rapist in a sexually charged assault that took place the other day.

Marcum, according to a Facebook post by the Butler County Sheriff’s Office, is 6-foot-3-inches, weighs 250-pounds, and was born in 1993. The post indicates that he’s “been dabbling” in assault, domestic violence, criminal endangering and abduction.