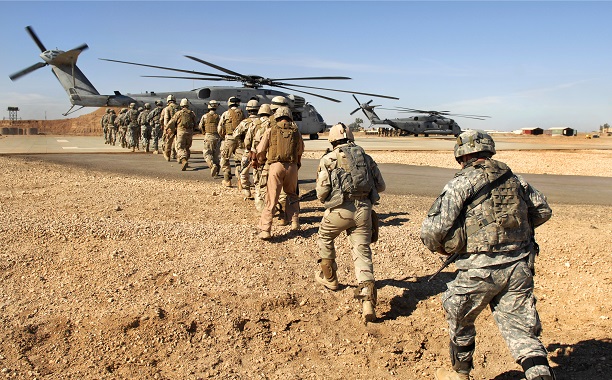 Iraqi forces attacked Tikrit, which happens to be the birthplace of Saddam Hussein, on Monday in an attempt to recapture the city which fell to the Islamic State back in 2014.

There have been multiple failed attempts to reclaim the city since its capture.

The Iraqi army is accompanied by both Sunni and Shiite fighters, who CNN reports have united in the mission to reclaim Tikrit, which is nearly 87 miles northwest of Baghdad, from ISIS forces. The joint offensive forces account for a total of 30,000 fighters.

In all, the offensive forces tasked with recapturing Saddam Hussein’s birthplace, include the following:

ISIS is engaged in a campaign to establish a caliphate across large parts of Iraq and Syria.

According to state-run Iraqiya TV, Iraqi forces approached the city from several fronts and engaged Islamic State fighters in the north at al-Alam and in the south at al-Dour.

The forces, who are led by commander in chief Al-Abadi, likely lacked the element of surprise in light of widely distributed reports of the Iraqi army amassing troops near the city.

Tikrit was captured and claimed by ISIS back in June of 2014. Its the first big test in the army’s ability to reclaim territory lost to the militant group last summer.

Last year, in June, militants perpetrated a massacre in which as many as 1,700 Iraqi soldiers were executed; a video of the massacre was posted online.

In other ISIL news coverage here on Immortal News, the militant group known as ISIS has threatened Twitter co-founder Jack Dorsey with a “real war” to combat the “virtual war” his company has been waging against the group by disabling ISIS-linked social media accounts on its service.

Do you think the combined offensive forces will succeed in their mission to reclaim the lost city of Tikrit?