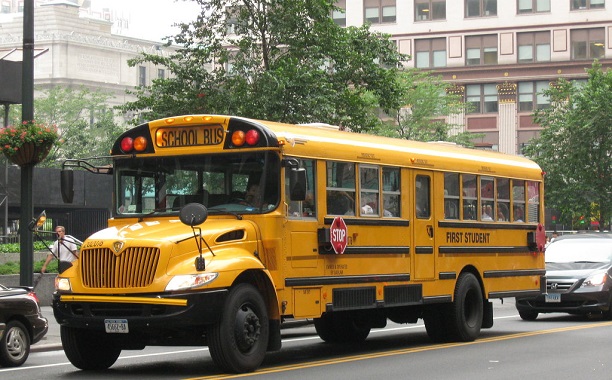 A teenager in Louisiana has been charged by authorities with assault after he allegedly knocked out a female school bus driver.

The 15-year-old boy walked up behind the 26-year-old driver and punched her repeatedly in the head, leaving her unconscious, according to Cpl. L’Jean McKneely of the Baton Rouge Police Department.

After the driver was knocked unconscious by the teen, another teen, a 14-year-old male ran up and stepped on the brake to prevent the bus from crashing as the driver’s hands and feet had slipped off the wheel and brakes after she lost consciousness following the physical attack, according to the East Baton Rouge Parish schools spokesman Keith Bromery.

McKneely indicated that the incident occurred on Thursday after the driver brought the bus to a stop in order to have an exchange of words with an unruly student, Kansas City Star reported.

Following the alleged assault, the 14-year-old who stopped the vehicle dialed 911 to alert emergency services of the incident. The boy was congratulated by transportation officials for attempting to protecting his fellow students and dialing 911 to request medical assistance for the driver.

The Beacon Review reported that the alleged attacker’s mother later turned the boy in to police. The 15-year-old is being charged with second-degree battery and aggravated obstruction of a roadway, according to the report.

Authorities indicated that they were unaware of whether the teen charged in the assault was represented by an attorney.

Typically the identity of juveniles accused of crimes is not disclosed to the public.

School spokesman Bromery indicated that the attacker fled the scene as the other teenager rushed to place the bus in park while the driver remained unconscious.

The 15-year-old has been suspended pending an expulsion hearing.

The driver of the bus was treated at a hospital for moderate injuries. Reports indicated that she was recovering at her home following her visit to the hospital.

Do you think the 14-year-old who stopped the bus and called authorities is a hero?