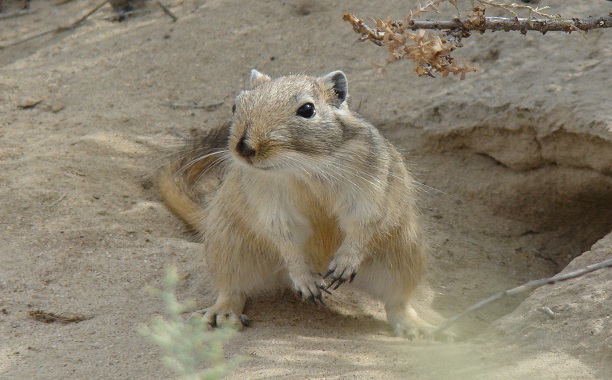 Scientists believe they have solved the mystery of why Europe experienced outbreaks of bubonic plague over hundreds of years, beginning with the Black Death between 1347 and 1353. Contrary to popular belief, it appears that gerbils in Asia, not rats, spread the disease.

Bubonic plague is caused by a bacterium that lives in rodents. The general belief has been that once the bacterium arrived from Asia and started the Black Death, it made its way into European black rats and periodically jumped to humans before disappearing in the early 19th century.

Scientists now suggest that the true source of the outbreaks was Asia, as maritime trade may have imported the disease several times from its real reservoir: great gerbils and other mammals in Asia, according to the New York Times.

The researchers studied ancient tree rings that preserve fine-grained records of climate in Asia and Europe. Plague jumps from rodents to humans in response to climate changes, and the scientists attempted to match those changes to the times of 7,711 historical plague outbreaks.

For the plague to jump to humans, warm summers with little precipitation were required.

They found no evidence suggesting a reservoir of the disease in Europe, while climate records from Asia told a story, according to the BBC.

We show that wherever there were good conditions for gerbils and fleas in central Asia, some years later the bacteria shows up in harbor cities in Europe and then spreads across the continent. [Wet springs followed by a warm summer] are good for gerbils. It means a high gerbil population across huge areas and that is good for the plague.

Between 12 and 15 years before each outbreak in Europe, Asia experienced a warm spring and wet summer, which causes gerbil and flea populations carrying the plague to boom. A drought then decimated the gerbil population, forcing the plague toward domestic animals and humans, according to ABC News.

Researchers found 16 possible cases between 1346 and 1837 in which the plague may have arrived at a European port from Asia. These events were always preceded by climate changes in Asia. According to the scientists, fleas, people and camels passing through Asia may have picked up the bacterium and brought it to Europe through trade routes.