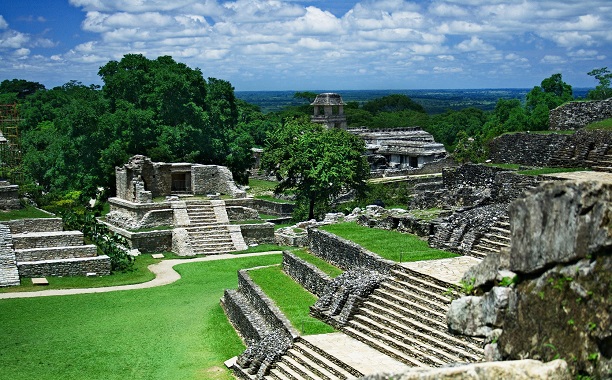 Theoretical scientists behind a new study published yesterday in the journal Science Advances found that diverse ancient settlements generally exhibit the same increasing returns of urban scaling observed in modern cities or in other words: history repeats itself.

As ancient cities grew in population, so did the rate at which they were able to produce monuments. Bettencourt, one of the researchers behind the new study, indicated that what’s interesting about this “is that it expresses exactly the same as GDP” and that the same is true for private wealth.

The new study, which was published on February 20, 2015, is the first to apply archaeological data on ancient cities to those of modern cities in a comparison which has left anthropologist Scott Ortman, who banded together with Bettencourt to test which models would hold up for now defunct cities of the past, saying that the parameters of ancient cities “are basic properties of human social networks on the ground.”

What I realized was that none of the parameters they were discussing in these models had anything to do with modern capitalism, democracy or industrialization (…) Their parameters are basic properties of human social networks on the ground. And so I thought, ‘Well, gosh, if that’s true, then these models should apply very broadly.

Ortman, who is now a professor at the University of Colorado, Boulder, and Bettencourt turned to a rare set of pre-Hispanic Basin of Mexico data which was collected during an extensive archaeological survey which took place in the 1960s and ’70s, which LiveScience notes was before many of the ancient sites were covered up with new development as a result of Mexico City’s expansion.

The study “implies that some of the most robust patterns in modern urban systems derive processes that have been part of human societies all along,” according to Ortman who went on to say that it’s “an amazing concept.”

In a study published last year in the journal PLOS ONE, the pair and their collaborators showed how these ancient settlements expanded in both size and population in much the same way that modern cities do. As it would become to costly to travel were the size of a city to double in size every time its population doubled, a compromise between the necessity for personal living space and the need to maintain social networks is made. Larger, networked cities grew by about 83 percent instead of doubling their space upon doubling their population.

Are you surprised to find that this new study correlating similarities between ancient and present-day cities implies that some of the most robust patterns found in modern cities are derived from processes which have always been a part of human societies?