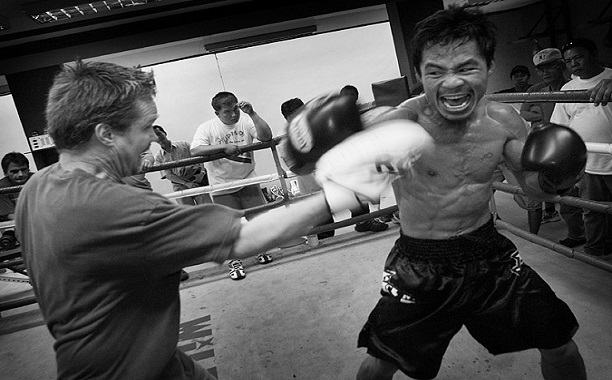 The fight of the generation will soon be a reality. After more than five years of waiting, Manny Pacquiao and Floyd Mayweather Jr. have signed to fight each other.

The fighters, both of whom are considered two of the greatest boxers of their generation, have spent years feuding over money and other issues and have put themselves against virtually every other credible opponent. The fight between Mayweather and Pacquiao has been called the most anticipated boxing match since Muhammad Ali and Joe Frazier in 1975, according to the Los Angeles Times.

What the world has been waiting for has arrived. Mayweather vs. Pacquiao on May 2, 2015 is a done deal. I promised the fans we would get this done and we did. We will make history on May 2nd. Don’t miss it!

Both HBO and Showtime will broadcast the fight, which is the first joint venture since 2002. Showtime Sports holds the rights to Mayweather while HBO Sports holds the rights to Pacquiao. The fight will be distributed on pay per view, although the fee has not yet been set. The agreement between the rival cable companies represented the last hurdle to make the fight happen, USA Today reported.

The fight is already anticipated to be the highest-grossing fight in boxing history, with estimates placing the purse at more than $200 million with a 60/40 split in Mayweather’s favor.

Pacquiao, who is in his second term as a congressman in the Philippines, has said he plans to leave boxing by the end of next year. He wanted the fight to secure his standing before he retires, the New York Times reported.