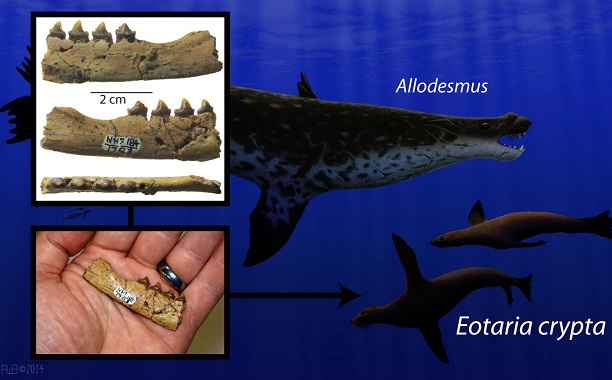 A researcher at New Zealand’s University of Otago has discovered the oldest known fur seal’s remains, filling in the five-million year gap in the evolutionary chain between fur seals and seal lions.

Robert Boessenecker, the researcher credited with the discovery, discovered the remains while browsing the collections at the John D. Cooper Archaeological and Paleontological Center in Orange County, California.

The evolutionary gap — known as “ghost lineage,”  a phylogenetic lineage inferred to exist but lacking fossil records — has been closed in light of the recent finding, subsequently removing the ghost lineage status as the ancestral chain has been established.

Boessenecker, a PhD student in geology, found the fossil of a partial jaw alongside several well-preserved teeth. The samples, which were originally discovered back in the early 1980s, came from a 15 to 17 million year old rock formation in Southern California. The remains were incorrectly credited to the small walrus Neotherium, but Boessenecker quickly realized that the remains actually belonged to a very small, early fur seal. In regards to the discovery, he said in a statement that it was “very exciting” news.

This was very exciting as fur seals and sea lions — the family Otariidae — have a limited fossil record that, up until now, extended back to about 10-12 million years ago,” Boessenecker said in a release published on February 10, 2015.

Yet we know that their fossil record must go back to around 16-17 million years ago or so, because walruses — the closest modern relative of the otariids — have a record reaching back that far (…) Until now we had no fossil evidence for the first five million years of fur seal and sea lion evolution.

He said that the fur seal fossil is a key transitional piece due to its teeth. They’re the middle ground between the simplified teeth of today’s sea lions and the complex “bear-like” teeth seen in the earliest seals.