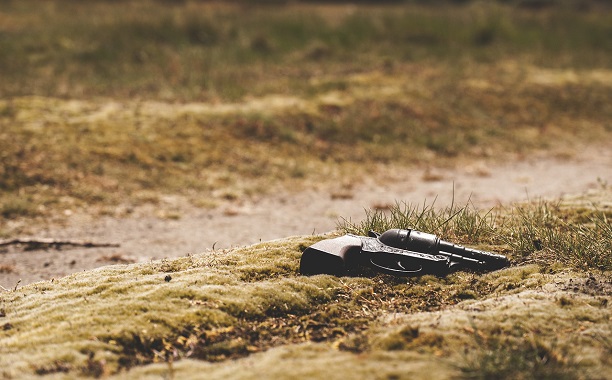 Christopher Wallace, more commonly known by his aliases Biggie Smalls and Notorious B.I.G., was murdered 17 years ago today. The New York-based musician, a rap artist, was gunned down in a drive-by shooting after attending a party.

The party was held at a Los Angeles nightclub and was cosponsored by VIBE. After leaving with his entourage in a GMC Suburban, Biggie and his crew pulled up to an intersection where they caught a red light. While waiting for the light to turn green, a black Chevrolet Impala SS pulled up alongside the Suburban and the driver opened fire. Four of the bullets fired by the Impala’s driver hit the then 24-year-old rapper.

According to his leaked autopsy, obtained back in 2012 by TMZ, he sustained gunshot wounds to his shoulder, forearm, chest, leg, and scrotum. While 4 bullets struck, 3 of them were not fatal. Only one of the bullets managed to pierce vital organs and it was this bullet that killed the East Coast rap star.

Biggie was rushed to Cedars-Sinai Hospital where doctors attempted to perform an emergency thoracotomy, however, by this time, it was simply too late.

March 9, 1997 was the date of the shooting and while that may have been 17 years ago, a culprit has yet to have been discovered. Seventeen years and the high profile slaying manages to remain an unsolved murder.

Sean Combs, perhaps more commonly known as Puff Daddy, took to social networking to pay tribute to the late Wallace, as he tweeted:

What are your thoughts on the late, the great Frank White?