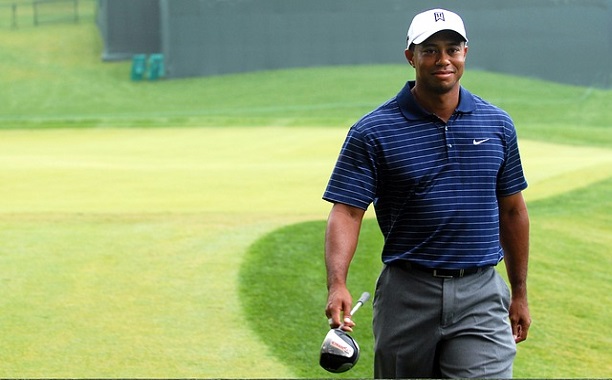 Tiger Woods just announced on his website that he is taking an indefinite leave from golf in an effort to step up his game. With the Honda Classic coming up soon on Feb. 26, Woods said that he will not compete if he feels he is not ready. He recently withdrew from the Farmers Insurance Open because of tightness he felt in his back.

Treatment seemed to help relieve the pain and the word is that his previous back surgery doesn’t seem to be related. Tending to his health and working on his game is going to be top priority right now. The 39-year-old pro golfer sounds like he is expecting to be back soon if he feels like he cam compete and win.

The last two weeks have been very disappointing to me, especially Torrey, because I never want to withdraw,” he said in the statement. “Unfortunately, lately injuries have made that happen too often.

The 14-time major winner had back surgery last year, but he says that this current injury is not related to that. He stated that his game is not acceptable for the PGA tour and that until he can compete at the level that he thinks he should be at, he will not be returning.

Tiger Woods is currently ranked 62 in the world. He has not played well the past few weeks and he knows it. At the Phoenix Open, he shot a career-high 82 in the second round missing the cut by 12 shots making this the worst he has had in his career as a pro. By taking this break from golf, he may end up coming back better than ever. That is if he recovers from the pains that have been bothering him, or whatever it is that is affecting his play. He also said that he appreciated the support that he has received from fans, especially those in San Diego and Phoenix.