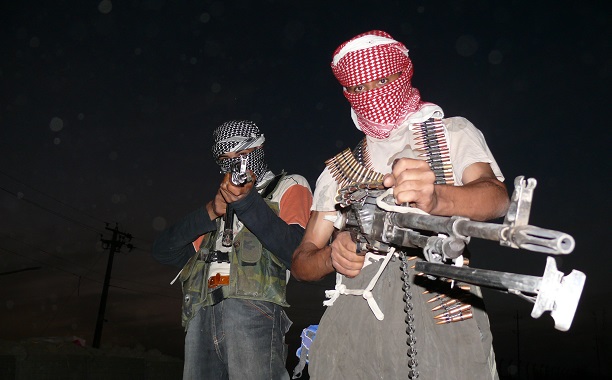 The United States government has confirmed the death of Kayla Mueller, a 26-year-old American woman who was being held hostage by ISIS in Syria. The conclusion was reached after the Islamic State sent pictures of her corpse to her family.

Her parents said in a statement on Tuesday that they were “heartbroken to share” that they had received confirmation of their daughter’s death, the OC Register indicated in a report.

We are heartbroken to share that we’ve received confirmation that Kayla Jean Mueller has lost her life (…) Kayla was a compassionate and devoted humanitarian. She dedicated the whole of her young life to helping those in need of freedom, justice, and peace.

President Barack Obama responded to her death in a statement in which he said that “it is with profound sadness that we have learned of the death of Kayla Jean Mueller. On behalf of the American people, Michelle and I convey our deepest condolences to Kayla’s family – her parents, Marsha and Carl, and her brother Eric and his family – and all of those who loved Kayla dearly. At this time of unimaginable suffering, the country shares in their grief.”

Bernadette Meehan, the National Security Council spokeswoman indicated that “once this information was authenticated by the intelligence community, they concluded that Kayla was deceased,” CNN reported.

ISIS, formally the Islamic State of Iraq and the Levant (ISIL) announced on Friday that the late Mueller had been killed when a Jordanian fighter jet had bombed the building she was being held in. The building was located in the north-central Syrian city of Raqqa which is the Islamic State’s de facto capital. The announcement marked the first time the group publicly acknowledged that it was holding the young woman hostage.

In a small town in Arizona where Kayla Jean Mueller grew up, a group of people gathered on Tuesday to morn the death of the American aid worker who had traveled the world on a quest to help others, Philly reported. The report indicated that a memorial of flowers and handwritten notes were placed near a sign on the courthouse plaza in Prescott, Arizona. The sign called for people to pray for her.

The Wall Street Journal reported that intelligence officials were unable to determine how the American hostage was killed or when she died, according to White House press secretary Josh Earnest.

Jordanian and U.S. officials have been skeptical of ISIL’s claim that Mueller was killed as a result of a Jordanian airstrike, the WSJ report indicated. The report also indicated that U.S. officials had said it was impossible to ascertain from photographs whether she had been killed in the recent strikes.

The United Nations has held the terrorist organization responsible for human rights abuses and war crimes. Amnesty International has reported ethnic cleansing by the group executed on a historic scale.

In other news related to the terrorist group on Immortal News, we reported on a killer child executing two spies, allegedly Russian, on behalf the Islamic State.

Do you think Kayla Mueller was killed in a Jordanian airstrike as the jihadist rebel group claims or do you think she died at the hands of ISIS?