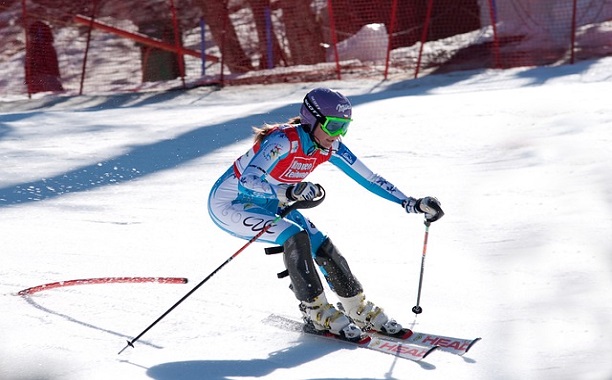 Tina Maze seems to be a force to be reckoned with lately as she propels herself in the soft snow. On Monday, the pro skier earned a gold medal in the Alpine combined at the Alpine Skiing World Championships in Beaver Creek, Colo. This was after she already won gold in the downhill and silver in the super-G last week. That makes three so far with two more to go.

After realizing her time, she went on to do her signature move, which is doing a cartwheel to celebrate her win. The 31-year-old athlete is going for a record as she is looking to be the first woman to capture five medals at the championships. She would also tie the record with male skier Lasse Kjus of Norway as he achieved this honor back in 1999.

Of course, she will have to do her best in the upcoming Giant Slalom and Slalom. She is working hard to achieve this but she said that she is pretty happy with her performance so far in the competition.

If I didn’t win today I wouldn’t have felt good,” she said. ”It was a lot of pressure today. It’s not easy to race like that. I was really nervous before the slalom. This was a hard win.

The Slovenian ended up with the fastest time in the combined downhill. In the slalom, she came in fifth. Maze admitted to the International Ski Federation that she is pretty tired lately with her hectic schedule. It has been tough to keep up with but overall, she is satisfied with how well she has done, just as she should be.

I’m totally exhausted, it’s a tough program and late start time for the slalom and it’s also really warm,” she said. “But winning is always amazing and now there’s time to recover and enjoy. Even though I’m tired I did my best and I’m happy with the win.

The silver went to Austrian Nicole Hosp, while another Austrian, Michaela Kirchgasser, took home bronze. Unfortunately, Lindsey Vonn came in at seventh place in the downhill. She was quite disappointed with how things turned out for her this time.

As for Tina Maze, she will try for yet another medal in the Giant Slalom on Thursday and the Slalom on Saturday. She has some tough competition ahead of her, but she has the talent and determination that may have her going down in the record books.