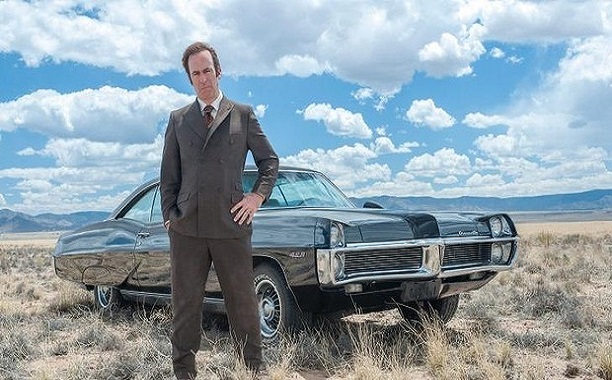 4.4 million of the viewers were in the lucrative 18 to 49 bracket, according to The Sydney Morning Herald. This is about five times as many viewers in this demographic as the Breaking Bad debut had in 2008.

The fact that Better Call Saul debuted after the mid-season premiere of The Walking Dead certainly helped, along with the fact that the show already has viewer recognition from the hit Breaking Bad. Still, it’s a huge launch on a cable network where even very popular shows usually begin with a modest audience before gathering steam.

The Walking Dead had 15.6 million viewers with a 8.0 adults 18-49 rating, down a bit from the midseason return last year, according to CNN Money.

The double-header on AMC on Sunday was so substantial that it may be responsible for the dip the Grammy Awards ratings, which dropped to a six-year low, according to Entertainment Weekly.

We think, by and large, this show will be a prequel, but the wonderful thing about the fractured chronology we employed on ‘Breaking Bad’ for many years is the audience will not be thrown by us jumping around in time. So it’s possible that we may indeed do that, and we’ll see the past and perhaps the future. Nothing is written in stone yet, we’re still figuring it out.

Better Call Saul creators Vince Gilligan and Peter Gould have called the show a prequel and a sequel to the critically acclaimed Breaking Bad. The show is set years before Saul Goodman met Walter White, although events that occurred during and after the original show will eventually be expanded upon.