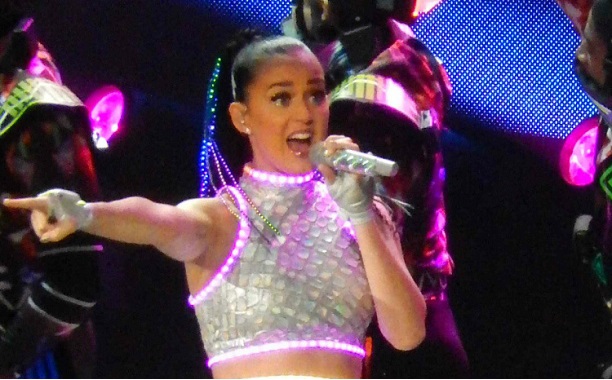 It’s not OK and it has to stop. Artists have a unique power to change minds and attitudes and getting us talking and thinking about what matters.

He then urged everyone to go to ItsOnUs.org to take the pledge to stop the abuse, whether domestic or sexual.

And to the artists at the Grammys tonight, I ask you to ask your fans to do it too.

The hashtag, #ItsOnUs started trending within minutes on Twitter after that. Obama was then followed by Brooke Axtell,  a domestic violence survivor who took to the stage to speak out about the abuse she had endured. This is what she had to say:

If you’re in a relationship with someone who does not honor or respect you, I want you to know you are worthy of love. Please reach out for help.

Axtell had endured lots of abuse by her now ex-boyfriend who even threatened to kill her. She said she kept making excuses for the abuse he brought upon her and she even ended up living in a shelter after she told her mother about the abuse.

After Ms. Axtell left the stage, Katy Perry took to the stage to perform her inspirational survivor song, ‘By the Grace of God.’ She sang this in a lovely white gown. This was a very different Katy Perry who also performed during the Super Bowl XLIX Halftime Show just a week ago.

According to Tech Times, President Obama launched a campaign against domestic violence and sexual abuse on Sep. 1. He did this to mainly end the abuse that goes on at college campuses. Apparently, although one in 5 women are victims of rape or attempted rape and one in 16 male students are victims of sexual assault, only 20 percent of them have been reported at college campuses around the country.