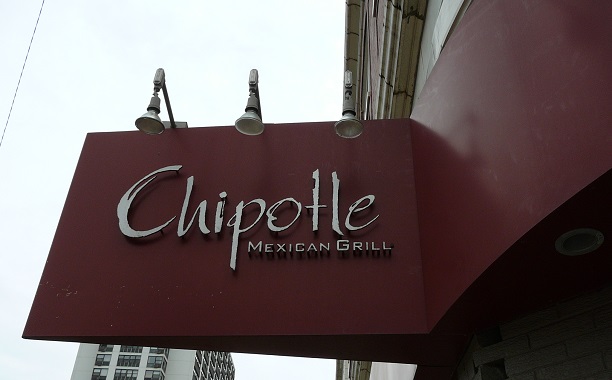 Chipotle Mexican Grill’s official Twitter account was hacked on Saturday night in a short-lived takeover that lasted but a few minutes, according to The Daily Dot‘s Aaron Sankin who wrote:

While the takeover only lasted a few minutes with the tweets quickly being scrubbed from the company’s account, screenshots of the message started circulating around the microblogging service almost immediately.

The hacked Chipotle account was filled with defamatory marks seemingly crafted with the intent of damaging the reputation of Chipotle restaurants, the American government, CIA, NSA, FBI and President Obama himself, as unsanctioned tweets included mentions of the aforementioned.

One tweet referred to the American government as “NOTHING BUT FRAUDS AND BULLIES,” while others conveyed such messages as “THE MEAT HAS BEEN POISONED” and another which read: “We are now in full support of the Nazi Party.”

An unsanctioned tweet directed towards the government and FBI indicated that the two are “FRAUDS” which line their pockets. To which Twitter user @emokidsloveme replied:

So if you work in the media department at Chipotle, how much of a panic attack are you having right now?

Hackers appear to have completely taken over the @ChipotleTweets account

The Denver, Colorado-based restaurant chain, which specializes in tacos and burritos, apologized for what it referred to as “the very offensive messages” which were sent out from their account after it was temporarily hijacked.

We apologize for the very offensive messages sent out from our account earlier tonight. We were unfortunately hijacked temporarily. -Joe

As to why the hackers broke into Chipotle’s Twitter account is unclear at this time, however, one of the Twitter accounts listed in the bio, @TheCeltic666, tweeted that he “did it for the lulz,” Daily Dot reported.

The attack appears to have come as a result of the hackers compromising Chipotle’s domain name system (DNS) and diverting corporate emails to an address accessible to the hackers. Once emails were rerouted, the cyber criminals only had to request a password reset for the account, intercept the e-mail, and begin defiling Chipotle’s Twitter account.

Gawker published a collection of NSFW images pertaining to the hack which were gathered by AP Images.

Chipotle appears to have regained control of their account, at least the time being.

In other Twitter related news here on Immortal News, Google and Twitter Inc. have struck a deal which allows the search giant access to the social media company’s real-time data stream.

Last year, Chipotle admitted to Mashable that it faked a hack on its own Twitter account for attention.

Why do you think the hackers hijacked Chipotle’s Twitter?