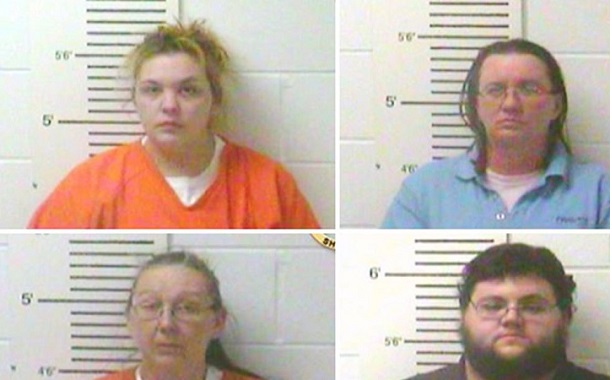 A family from Troy, Missouri planned and staged a kidnapping of their 6 year old relative to teach him a lesson because they say he was ‘too nice to strangers.’ They said they only did this because they wanted to teach him about the danger of strangers and they didn’t think they did anything wrong. According to a report by People on Feb. 6, now the family is facing charges because of the staged abduction. Police found out because the boy went to school and told school officials what happened and the school officials called the police department.

Apparently, the whole family was involved including the child’s own mother, 25 year old Elizabeth Hupp, his aunt, 38 year old Denice Krowtil, and his grandmother, 58 year old Rose Brewer. They also had the help of 23 year old Nathan Firoved who is a co-worker of the boys aunt. Firoved was the one who lured the child into his car and told him he would ‘never see his mommy again’ and that he would be ‘nailed to the wall of a shed.’ He even showed the boy a gun when the child started crying and told him he would use the gun if he didn’t stop crying. He then bound his feet and hands with plastic bags and covered his face so he couldn’t see where he was going. According to ABC News, he drove the boy to his house where his family was and took him down to the basement where his aunt took his pants off and told him he would be ‘sold into sex slavery.’ Apparently, his aunt said she was upset that he did not even try to resist her.

He was eventually let go and led upstairs where he was then lectured about ‘stranger danger’ as the family called it. This whole thing lasted about four hours.

All four of the adults who were in on this are in police custody under a $250,000 bond but had their scheduled hearings this morning. Stay tuned for more updates on what happens to these four adults.