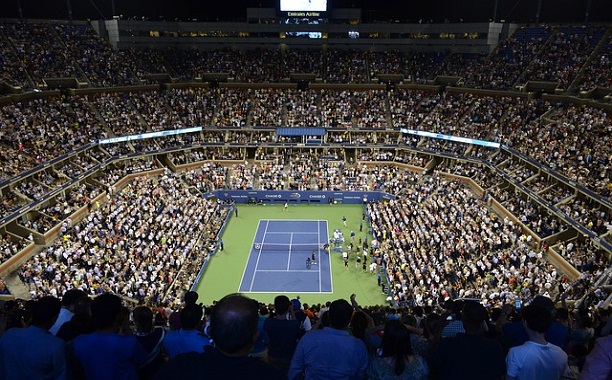 It has been a long time since Serena Williams has stepped foot out on the tennis courts at Indian Wells, and she has good reason not to. After she was heckled, booed, and supposedly had racial slurs against her and her sister Venus back in 2001, she had vowed to never play there ever again. However, 13 years later, she has had a change of heart and has chosen to overcome her fear and anxieties to once again seek that title. She has written about the whole ordeal for Time as she explains why she has chosen to return.

Williams says that the whole experience has haunted her for all these years. At just 19 years old, she had to endure harshness from the crowd at Indian Wells which affected her going back. Both Williams’ sisters were booed after Venus had to pull out of the semi-final match because of tendonitis. They were supposed to play against each other. There were talks of their matches being fixed and she also said that racial slurs were heard throughout the audience. She explained how bad it was for her.

The under­current of racism was painful, confusing and unfair. In a game I loved with all my heart, at one of my most cherished tournaments, I suddenly felt unwelcome, alone and afraid.

The 33-year-old champ went on to grab the title that year but vowed never to go back. The brutal treatment that she had to endure stuck with her all of these years, especially how hurt her own father was as well. Richard Williams is known for supporting his daughters and prepping them for the sport of tennis. He had dedicated his life for their futures and this hurt Serena deeply knowing that he had to sit there and watch it happening to her throughout the match.

This haunted me for a long time. It haunted Venus and our family as well. But most of all, it angered and saddened my father. He dedicated his whole life to prepping us for this incredible journey, and there he had to sit and watch his daughter being taunted, sparking cold memories of his experiences growing up in the South.

What has made the tennis pro change her mind this particular time in her life? She states that it was all about forgiveness and her love of tennis. She also stated that the Tennis Federation has come a long way since then, even defending her last year when Russian Tennis Federation president. Shamil Tarpischev, made a not-so-nice comment about her and her sister.

The world number one tennis player was crowned the 2015 Australian Open winner last week. This year is starting out great for her. She seems more relaxed and just having fun. Now that the boycott against Indian Wells has ended, she may grab the BNP Paribas Open title as well. The tournament runs from March 11-22.