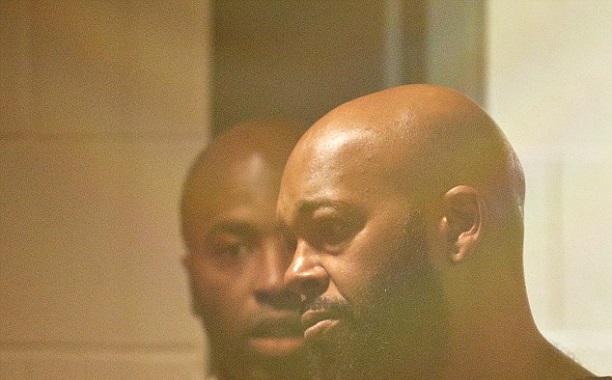 Death Row Records founder, Marion ‘Suge’ Knight was charged with murder on Monday and attempted murder after a hit and run with his truck that killed his old friend, Terry Carter, 55, and almost killed another man, Cle ‘Bone’ Sloan. This happened while Knight was out on bail for a separate charge against him. According to a report by Rolling Stone on Feb. 2, if he is convicted of this charge, since it will be his third strike, he is facing life in prison. Knight will be arraigned Tuesday and then he will find out if he is to be convicted and serving life in prison.

Knight’s lawyer has already admitted that Knight was driving the truck when the fatal hit and run car crash happened. However, the lawyer also said that Knight was just trying to get away from an attack when it happened. Although his lawyer is saying this, witnesses are saying that he hit the men with his truck on purpose since he intentionally backed over them a second time. This is what a statement by the Los Angeles County District Attorney said in a statement:

Following an altercation on Thursday outside a Compton restaurant, Knight allegedly was driving his truck when he ran over two men standing in the parking lot. One man was injured and the second man, Terry Carter, 55, died. The driver of the pickup fled the scene.

According to the LA Times, Knight’s $2.2 million bail was revoked because the Los Angeles County Sheriff’s Department says he is not only a flight risk, a possible three strike candidate, has possible witness intimidation issues, and because of his criminal past.