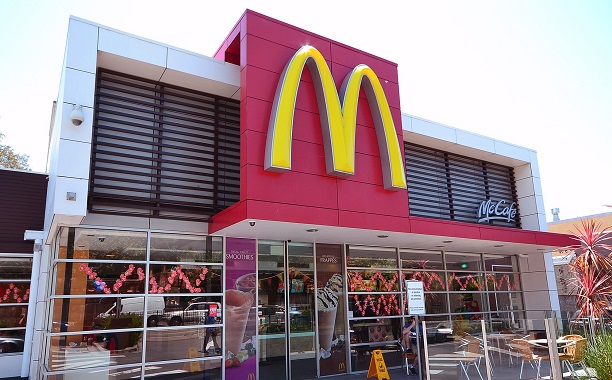 What would you do if you walked into your local McDonald’s and ordered a Big Mac and large fries only to be told to hug the person you were with or call your mom to tell her you love her to pay for your meal? Watch the McDonalds 2015 Super Bowl commercial and you will see their idea for a new form of payment for the next two weeks. According to Just Jared on Feb. 1, McDonald’s will be selecting random winners who come into order food between 6 a.m. and 6 p.m. every day for the next two weeks to pay for their food with lovin’ instead of money. The form of lovin that the winner will have to use to pay for their meal will be pre-determined by the ‘Lovin’ Lead’ who is taking their order at the time.

Starting Monday, Feb. 2 and ending on Feb. 14, some of the forms of ‘Lovin’ the random winner can use to pay for their meal include a hug with the person who they are with, a selfie, a phone call to tell someone they love them, and more. However, according to the LA Times, there are a few catches. For one thing, the chosen winner cannot add anything to their order. This means that once they are told they have been chosen to pay with ‘Lovin’ instead of money for their meal, they can’t add extra fries or anything else. What they have ordered by the time they are told they are the random ‘Lovin’ winner is what they get and nothing else. At least the only thing it will cost them is a hug or a phone call. Also, they won’t be told they are the random winner until they are done placing their order.

McDonald’s has estimated that the total value of this ‘Lovin’ prize is $5.60. You can find out more about this promotion by McDonald’s by watching their Super Bowl XLIX ad which cost them a total of $4.5 million just to air it.