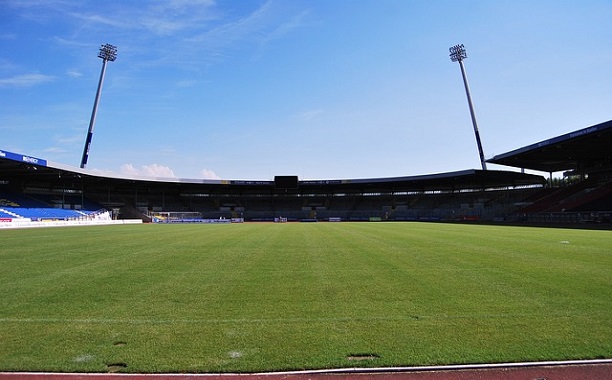 The U.S. Women’s National Team has just announced on Wednesday that they are suspending soccer player, Hope Solo, from play for 30 days. Although she has had her share of domestic abuse incidents in the past, the reason that was cited by the Federation was for a more recent occurrence that happened during the WNT training camp that is currently being held in Carson, California. No further details were given of the incident that led to her temporary dismissal.

However, Solo was allegedly a passenger in the vehicle that was being driven by her husband, former Seattle Seahawks and Tampa Bay Buccaneers tight end Jerramy Stevens, while under the influence on Monday. That particular vehicle is said to be the team van. He was arrested and his wife almost got herself hauled off to jail as well for being belligerent with the police. This incident most likely led to the suspension. The couple has been married since 2012.

During our current National Team camp, Hope made a poor decision that has resulted in a negative impact on U.S. Soccer and her teammates,” said Jill Ellis, U.S. Women’s National Team head coach. “We feel at this time it is best for her to step away from the team.

It seems that the 33-year-old athlete has made a few bad decisions the past few years. One of them had her sitting in front of a judge this month as she was charged with domestic assault involving her half-sister and nephew that happened last year. However, those charges were just dismissed.

The decision to have Hope Solo sit out for a month will affect two soccer matches that are scheduled in February in France and England. She expressed her regret and accepted the decision made. She took to her Facebook to address the issue.

I accept and respect the Federation’s decision, and more importantly, I apologize for disappointing my teammates, coaches and the Federation who have always supported me […] I think it’s best for me to take a break, decompress from the stress of the last several months, and come back mentally and physically ready to positively contribute to the team.

After the 30 days has passed, Ellis and the U.S. Soccer will decide whether to reinstate the Olympic Gold medalist. Maybe this break will give her time to think about her future in the world of sports and give the Federation time to decide where to go from here as far as whether she will continue with her team.