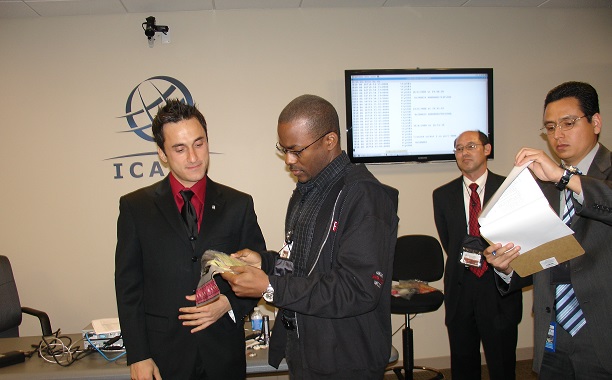 While it might sound like a conspiracy novel or a science fiction film, the reality is that there are 14 people who control the 7 keys to international internet security and The Guardian’s James Ball was fortunate enough to have been allowed the privilege of observing their key ceremony.

The ceremony, which is conducted in a secure environment, is held in Los Angeles, California. Those in attendance are part of an organization responsible for the assigning of numerical internet addresses to websites and computers. This organization is known as the Internet Corporation for Assigned Names and Numbers, commonly referred to by the acronym ICANN, and they are in charge of translating domain names into IP addresses.

An IP address, as it’s commonly referred to as, is a unique string of numbers separated by periods. Computers connected to the internet are assigned IP addresses. While a website such as this one can be reached easily by visiting www.immortal.org, it can also be reached directly by visiting the IP address associated with the web-server that the website is hosted on. For example, our website can be reached by visiting the address “67.20.73.114” instead of immortal.org. As it’s easier to remember “immortal dot org” than it is to remember that long sequence of numbers, the internet needs someone to translate these addresses and that someone is ICANN and they essentially control the internet.

As a result of the great power which ICANN has been entrusted with, it might not come as a surprise to find that this key signing ceremony is held under tight security in a nondescript industrial estate. Among the security measures are locked doors, hand scanners, key codes, and a room so secure that all electronic communications are trapped inside.

After the ceremony is conducted, everyone files out, heads to a restaurant, and parties.