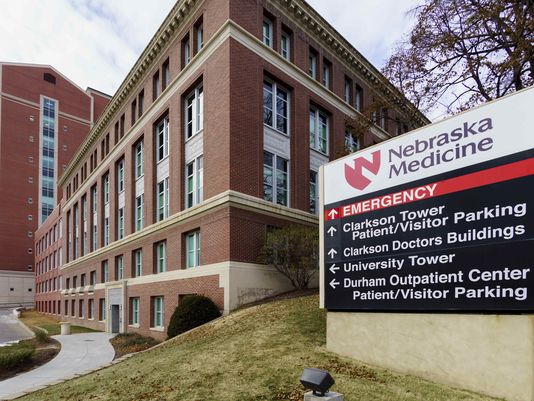 An American healthcare worker who had a high-risk exposure to the Ebola virus while working in West Africa arrived at the University of Nebraska Medical Center on Sunday.

The hospital confirmed the unnamed patient had arrived and will be tested for Ebola inside the biocontainment unit, according to the Los Angeles Times.

While the patient has not tested positive for the virus, hospital spokesman Taylor Wilson said personnel are taking precautions “out of an abundance of caution” as if the patient did have the virus.

This patient has been exposed to the virus but is not ill and is not contagious. However, we will be taking all appropriate precautions. This patient will be under observation in the same room used for treatment of the first three patients and will be carefully monitored to see if Ebola disease develops.

Nebraska Medicine has treated three Ebola patients already: Dr. Richard Sacra, who was released in December; NBC News freelance cameraman Ashoka Mukpo, who was released in October; and Dr. Martin Salia, who died from the virus after being in the hospital for less than two days, according to NBC News. Dr. Salia was a surgeon as U.S.permanent resident who contracted Ebola in his native Sierra Leone. He was gravely ill when he arrived in Nebraska in November.

The patient will be observed for infection during the full 21-day incubation period through symptom monitoring and blood tests, USA Today reported.

Ebola has killed almost 8,000 people since last year and infected about 20,000 in West Africa. The infections have been largely concentrated in Sierra Leone, Guinea and Liberia.

Most Cancer Is The Result Of Bad Luck, Study Finds
Listeria Outbreak Kills 3, Linked To Fruit Processing Plant
To Top