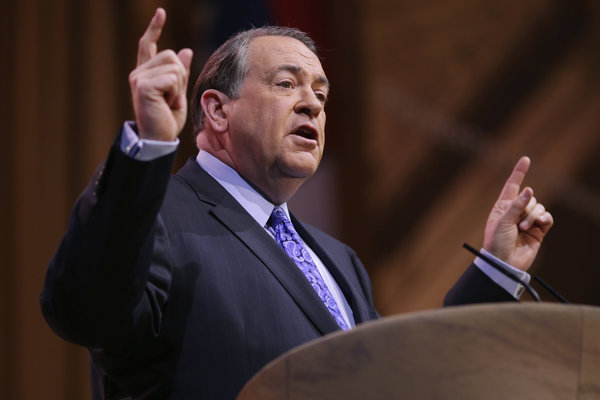 Mike Huckabee, the former governor of Arkansas, announced Saturday night that he was leaving Fox News and his cable talk show to make a decision about a possible presidential bid this spring.

Huckabee, a Republican, announced on his weekly Fox News show, “Huckabee,” that he was leaving the network to consider a second campaign for the White House, according to the New York Times.

As much as I have loved doing the show, I cannot bring myself to rule out another presidential run. As we say in television, stay tuned!

Huckabee told his followers on Facebook that he will not make a decision until late spring 2015, according to Politico.

Huckabee ran for the Republican nomination in 2008. He came a distant second to John McCain in the 2008 primaries. He has hosted his show on Fox News for over six years.

Some Republicans have questioned whether Huckabee will actually follow through with a campaign, partly because he has made a great deal of money since his last bid and may not want to risk losing income from news media and speaking opportunities. The former governor has profited from being in the spotlight, raking in money from paid speeches and his show.

Huckabee’s decision shakes up the emerging race for the nomination, especially in Iowa, where Huckabee moved from the bottom of the polls in 2008 to win the caucuses. Senators Ted Cruz (R-TX) and Rand Paul (R-KY) as well as Republican Texas Governor Rick Perry have been courting Iowa’s evangelical voters for months. In 2008, 19% of Republican voters in Iowa said they wanted Huckabee to be the next president, according to the Salt Lake Tribune.

Huckabee sat out the 2012 race partly because he was earning millions of dollars at the time, and also because he said he didn’t believe President Obama could be beaten.

Huckabee will soon go on a national tour to promote his new book, “Gods, Guns, Grits and Gravy,” a 272-page manifesto on politics and culture. Speculation over a presidential run may add hype to his book.