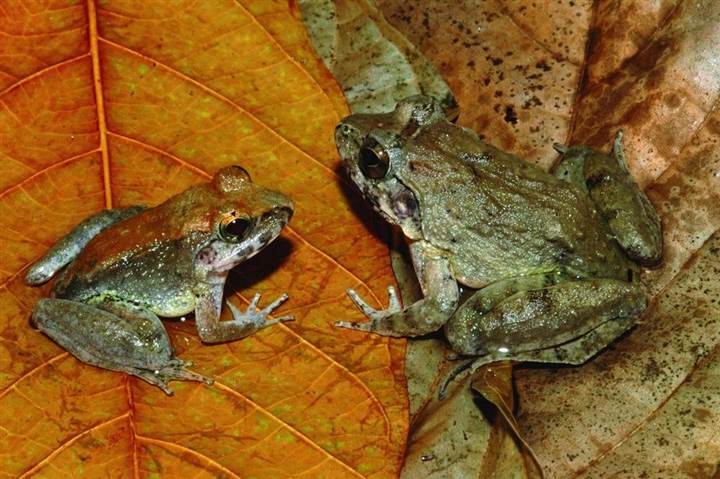 Almost all of the 6,000 frog species in the world lay unfertilized eggs that are fertilized afterward by a male in an external fertilization process, although some species do give birth to froglets. A live tadpole birth, however, is new to science. The fanged frog species was only recently discovered on Sulawesi Island in Indonesia, according to the BBC.

This new frog is one of only 10 or 12 species that has evolved internal fertilization, and of those, it is the only one that gives birth to tadpoles, as opposed to froglets or laying fertilized eggs.

It’s still unknown how the male frogs fertilize the eggs inside the female, as frogs do not have conventional sex organs to transfer sperm. Two species discovered in California have developed a penis-like “tail” that accomplishes the task, but the Indonesian fanged species has no such development, according to NBC News.

The type of fanged frog was first discovered in the 1990s, but it was not confirmed as a new species until this discovery. The species has been called Limnonectes larvaepartus, meaning “marsh swimmer that gives birth to larvae,” according to Reuters. The Limnonectes family are known as fanged frogs because they have projections on their lower jaws used in fighting.

The frog, which is gray or brown, measures just 1-1/2 inches long. The frogs live near streams and puddles in the Indonesian rainforest. About 25 species of Limnonectes frogs have been found on the island, but only four have been described so far. The frogs are described as otherwise very ordinary.