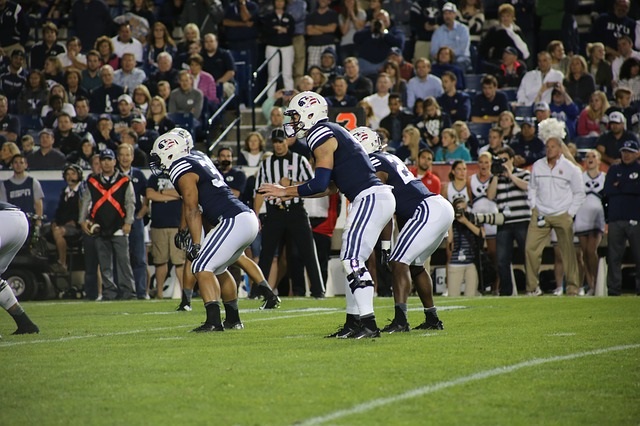 Will the Michigan Wolverines make Jim Harbaugh the highest paid coach in college football? It sure looks like that is their plan as the word around the sports world is that the team is willing to bring the San Francisco 49ers coach aboard with a six-year, $48 million deal, as first reported by NFL.com. To be exact, he would be pulling in a salary of $8 million per year. To put it in another perspective, former Michigan coach Brady Hoke, who Harbaugh would be replacing, brought home $3.5 million per season. He is said to be ‘considering it.’

Whether Harbaugh will take the deal or not remains to be seen. On one hand, he was said to not be interested in heading to Michigan. On the other hand, that is a lot of cash to be raking in, and this would put him at the top of the game money wise, which he has reportedly been seeking. Nick Saban, Alabama’s head coach and the current top earner, is currently making approximately $7.16 million per year.

With the 49ers out of the playoffs now and with somewhat of a broken-down relationship with his current team, Harbaugh will have a tough choice to make. He seems to be the man of the hour as his services are now being clamored for. The Oakland Raiders are said to also be highly interested in grabbing him up, which would let the coach stay in the realm of the NFL and he would also not have to make such a big move to Michigan. However, that is a lot of money to consider that the Wolverines are offering and he would get the coveted title of the highest paid coach

Will Jim Harbaugh end up in the Big House or will he decide that the money isn’t worth it? Even if he had previously dismissed the idea of heading to Ann Arbor, this sweet deal seems to have him rethinking it. There is no official word yet on how this will all play out, but there has also not been a resounding ‘no’ to it either. Of course, there may be a matched offer from the Raiders eventually, just to ante it up a bit.