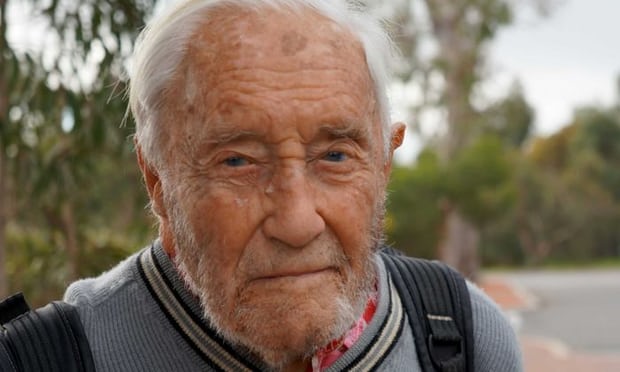 David Goodall, a 104-year-old scientist from Perth, Australia, has chosen to end his life via assisted suicide in Switzerland.

Philipp Nitschke, director of Exit International, a right-to-die advocacy, said Goodall was declared dead at 12:30 p.m. on Thursday, after he traveled to Switzerland to take full advantage of the country’s legal euthanasia laws, Fox8 reports.

The British-born scientist said at a press conference before his death that he had been thinking of assisted suicide for the past 20 years, but only seriously contemplated it after his health and quality of life rapidly deteriorated this past year.

Goodall said that doctor’s restrictions and Australian laws on assisted suicide prohibited him from taking his own life. When he got to Switzerland, a crowd turned out and Goodall, surprised by the number of people present, said that he would choose Beethoven’s Ninth Symphony as his swan song. He sang a few bars in German, and said, “At my age, and even at rather less than my age, one wants to be free to choose the death and when the death is the appropriate time. My abilities have been declining over the past year or two, and my eyesight for the past five or six years, and I no longer want to continue life.” He added,

I am happy to have the chance tomorrow to end it.

This is the first time a relatively healthy person has decided to pursue euthanasia, as most who choose to do so suffer from terminal illnesses. The state of Victoria was the first in Australia to legalize assisted suicide, but it only applies to terminally ill patients of sound mind.

Goodall’s decision has reignited a global debate on assisted suicide, with experts warning that this might set a precedent for those not sick to end their lives.

Goodall was an honorary research associate at Perth’s Edith Cowan University, and had produced dozens of research works.