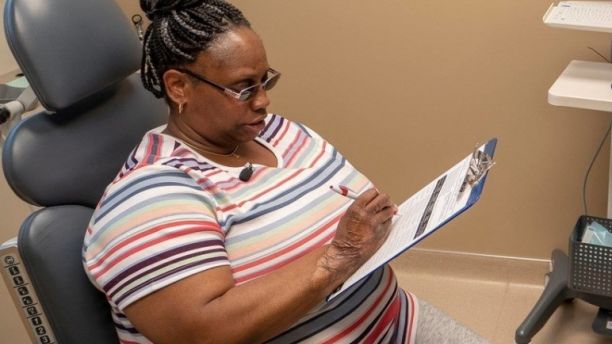 A woman in Nebraska who thought she had a runny nose turned out to have a brain leak.

Kendra Jackson of Omaha thought she simply had bad allergies, after suffering from a runny nose for five years – that’s what her doctors told her, after all, Fox News reports. Jackson said,

Everywhere I went I always had a box of Puffs, always stuffed in my pocket. [It was] like a waterfall, continuously, and then it would run to the back of my throat.

Jackson had been seeing various specialists and doctors for years in attempts to find out what was wrong. She started sneezing, coughing and felt her nose tickling constantly after she had a car accident in 2013. She said she hit her head on the dashboard, which would explain her constant headaches. But it didn’t answer why she had chronic cold symptoms.

This year, Jackson finally learned that she had a cerebrospinal fluid (CSF) leak, and was losing around half a pint of fluid daily. Nebraska Medicine wrote in a Facebook post that, “Cerebrospinal fluid from her brain was leaking out of her nose.”

A CSF leak happens when fluid around the brain goes through a hole “through the skull bone,” commonly caused by a traumatic injury. Symptoms of CSF include a runny nose, liquid in the ear, headaches, vision loss, among others, according to the Cleveland Clinic.

The condition is rare, but is often not diagnosed correctly. Only five in 100,000 people report CSF leaks annually. Sometimes, the leak repairs itself with enough rest, but occasionally, surgery is needed to correct it.

Jackson said she was finally able to get a good night’s sleep. “I don’t have to carry around the tissue anymore, and I’m getting some sleep.” She is now recovering nicely.