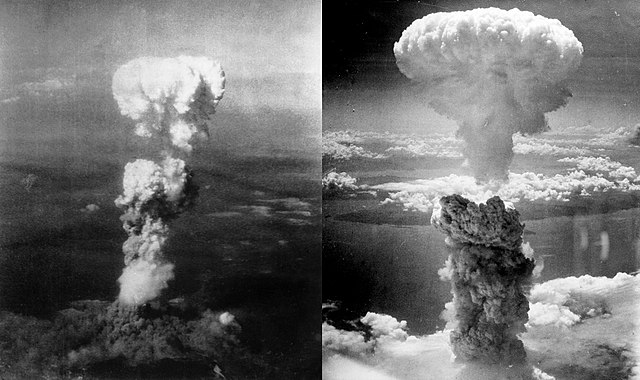 In 1945, the United States dropped nuclear bombs on the Japanese cities of Hiroshima and Nagasaki, in the first and only time these weapons were ever used against civilians. Researchers have now examined just how much fallout there was, in terms of radiation exposure of the victims, and effects of this exposure on DNA and health.

Physicist Sérgio Mascarenhas at the University of São Paulo (USP) led an effort that continued research that started in the 1980s, describing a method wherein the scientists precisely measured the radiation dose absorbed by the bones of nuclear bomb victims in Japan, Phys.org reports.

Oswaldo Baffa at the University of São Paulo said, “We used a technique known as electron spin resonance spectroscopy to perform retrospective dosimetry. Currently, there’s renewed interest in this kind of methodology due to the risk of terrorist attacks in countries like the United States.” Baffa added,

Imagine someone in New York planting an ordinary bomb with a small amount of radioactive material stuck to the explosive. Techniques like this can help identify who has been exposed to radioactive fallout and needs treatment.

Angela Kinoshita, a professor at Universidade do Sagrado Coração in Bauru, São Paulo State, said that this study is unique as it used samples of human tissue from actual Hiroshima victims. She said, “There were serious doubts about the feasibility of using this methodology to determine the radiation dose deposited in these samples, because of the processes involved in the episode. The results confirm its feasibility and open up various possibilities for future research that may clarify details of the nuclear attack.”

To make the measurements, the scientists took millimeter-scale pieces of a jawbone used in Mascarenhas’ study before, which they irradiated in a lab using the additive dose method.

“We added radiation to the material and measured the rise in the dosimetric signal,” Baffa said. “We then constructed a curve and extrapolated from that the initial dose, when the signal was presumably zero. This calibration method enabled us to measure different samples, as each bone and each part of the same bone has a different sensitivity to radiation, depending on its composition.”

The team was able to measure a dose of approximately 9.46 grays (Gy), which is high, according to Baffa. “About half that dose, or 5 Gy, is fatal if the entire body is exposed to it,” he said.

The study was published in PLOS ONE.