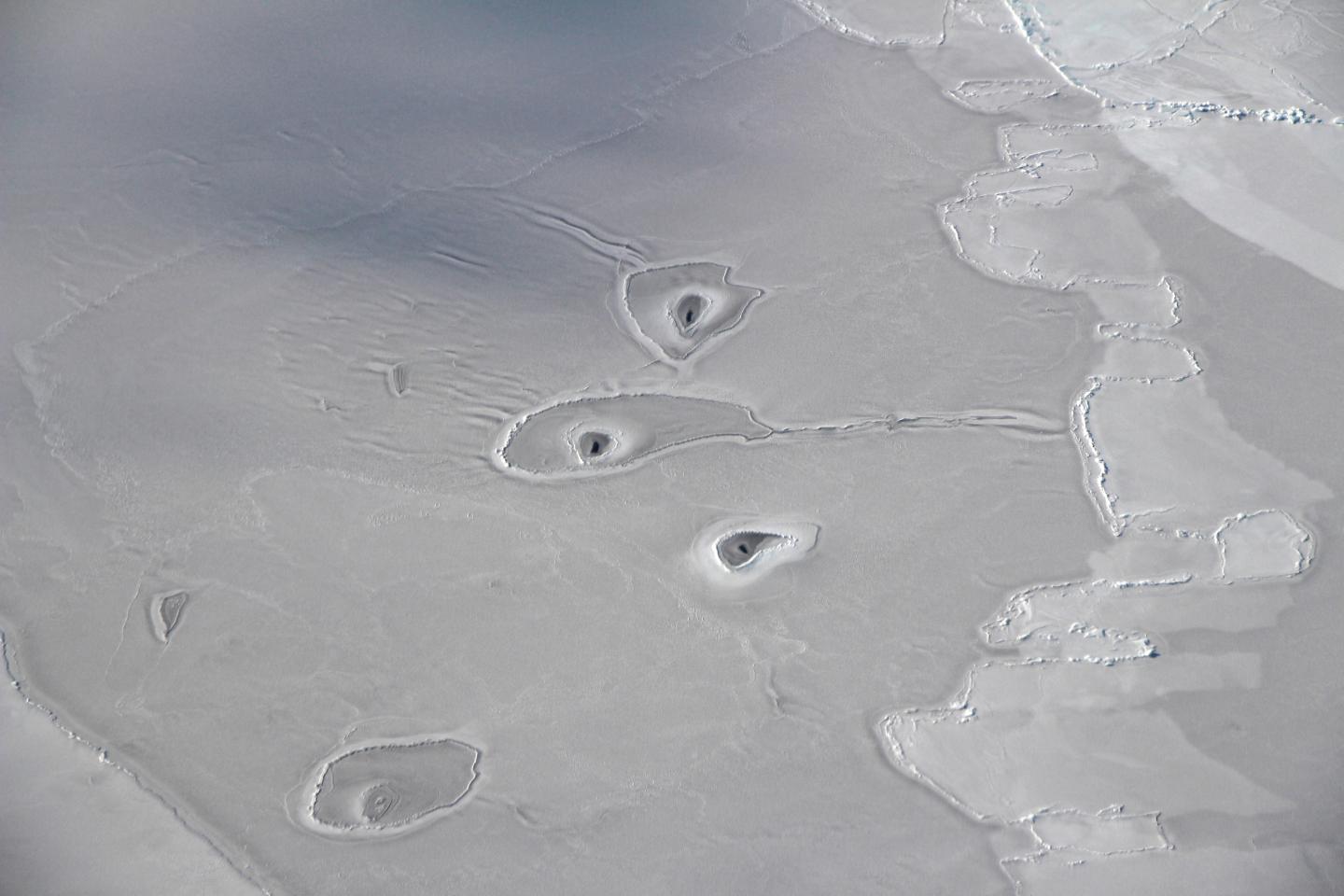 On April 14, during a routine flyover over the eastern Beaufort Sea in the Arctic ocean, NASA Operation IceBridge mission scientist John Sonntag photographed mysterious ice holes — something that has never shown up during their trips before — and researchers are out of their minds trying to figure out what exactly they are and how they got there.

After capturing these mysterious shapes on camera, Sonntag noted in his field log, “I don’t recall seeing this sort of thing elsewhere.” The holes were about 50 miles northwest of Canada’s Mackenzie River Delta. The flyover was for observing sea ice, but the peculiar ice holes stole their attention, Newsweek reports.

Fellow IceBridge project scientist Nathan Kurtz explained that the holes seem to exist in an area of thin ice, but is unsure “what kind of dynamics could lead to the semi-circle-shaped features surrounding the holes.”

He added that he has “never seen anything like that before.”

Walt Meier, a scientist at the National Snow and Ice Data Center suggested that the circles could have been caused by water washing over the snow and ice sealing the surface for air or it may also be a “sort of drainage feature that results from when the hole is made in the ice.”

On the other hand, Chris Shuman, a University of Maryland at Baltimore Country glaciologist based at NASA’s Goddard Space Flight Center proposed that the mysterious holes may have been the result of warm water melting through the Arctic Ocean, either from warm springs, groundwater flowing from the inland mountains, or certain currents making its way to the ocean’s surface.

Everything they say is purely speculation though as there is only a photograph to go on. Whatever it truly is though does not deter from the fact that it is a compelling piece of the earth to look into.