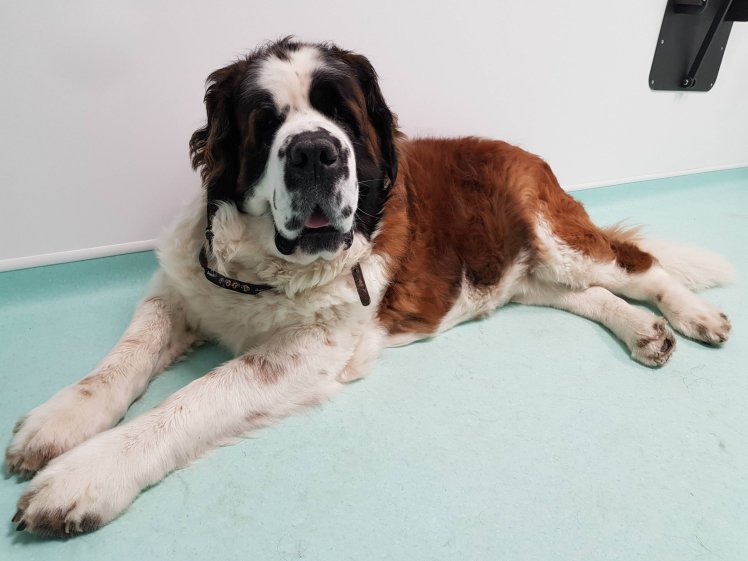 An eight-year-old St. Bernard almost lost her life when a scan showed what appeared to be a mass in her abdomen.

Maisy’s owners had her checked, and scans showed she had an unusually full belly and a huge mass in her spleen, Metro reports. The problem was initially chalked up to food not being properly digested, and Maisy’s vet diagnosed possible cancer. The dog was rushed in for an emergency surgery to remove her spleen.

But when vets operated on Maisy to take a closer look at her illness, they found a surprise that brought them relief. Somehow, the St. Bernard had managed to swallow four soft teddy bears.

The vets removed the plush toys in an intricate medical procedure, and Maisy now has a “new lease of life.” Her relieved owners say that they feared the worst, and are happy she is now recovering and thriving at home. A histology report shows that there are no signs of cancer, and Maisy is doing perfectly fine after the scare.

Maisy most likely stole the soft toys from the family’s chihuahuas, Mabel and Guinness. Jane Dickinson, from Roberttown, near Dewsbury, West Yorkshire, feared the worst when the dog had to undergo surgery.

When Maisy went in I did think ‘is she coming out?’ But she is loving life now – it’s like she’s got her youth back.

Nick Blackburn from Paragon Veterinary Referrals based in Wakefield, said, “It’s fair to say this was not something we were expecting to find! We all know certain dogs enjoy chewing things they shouldn’t but managing to devour four full teddy bears is quite a feat. I know Jane was worried about Maisy as she is quite old for a St Bernard, so we were naturally delighted the operation was such a success and we were able to return a happy, healthy dog to the Dickinsons.”