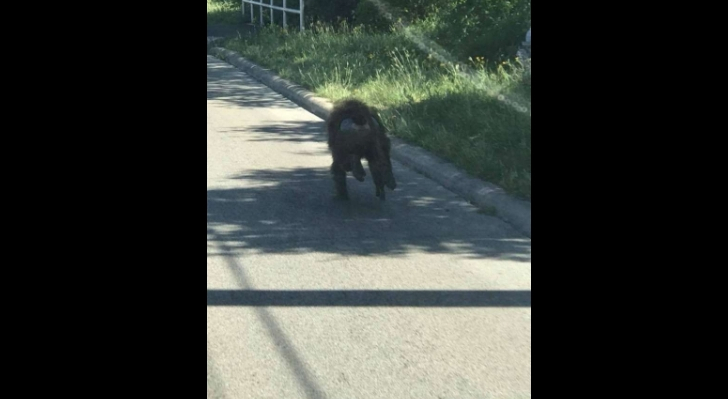 Baboons being kept for medical testing at a research facility momentarily escaped to freedom after coming together to stage an elaborate escape on Saturday.

Four baboons at the Texas Biomedical Research Institute in San Antonio,Texas, rolled a 250-liter barrel to the edge of the pen they were being kept in, and hopped the fence, Metro reports. The primates were actually caught on video making a run for their freedom along a road near the research lab, while researchers chased after them.

Three of the animals were eventually caught by staff members and returned to their enclosure after thirty minutes, while the last one was only re-captured hours after the dramatic escape attempt.

Jannelle Bouton, a witness, said she saw clearly that staff “were panicking” as the baboons ran along the main road. Bouton said, “They didn’t want [one of the baboons] to get hurt because they were trying their best to quarantine him, but being that kind of animal, he wasn’t having it. You just want to know what they are doing is safe.”
After the baboons had been returned to the facility, the Texas Biomedical Research Institute said,

Our immediate concern has been for the safety of the animals, personnel and our neighbors in the surrounding area. Our animal capture team and entire animal care team acted diligently to locate, secure and account for all four baboons.

The lab said that the animals were accounted for and were checked by veterinary staff members to make sure they were safe and doing well. The institute added, “We have nearly 1100 baboons on the property that date back eight generations. These baboons are critical to biomedical research, particularly in chronic diseases like heart disease, diabetes, obesity and more.”

The barrel the primates used was placed in their pen because staff believed it would help with enrichment, so that the baboons could mimic foraging behavior. But after the escape, the barrel was removed from the enclosure.