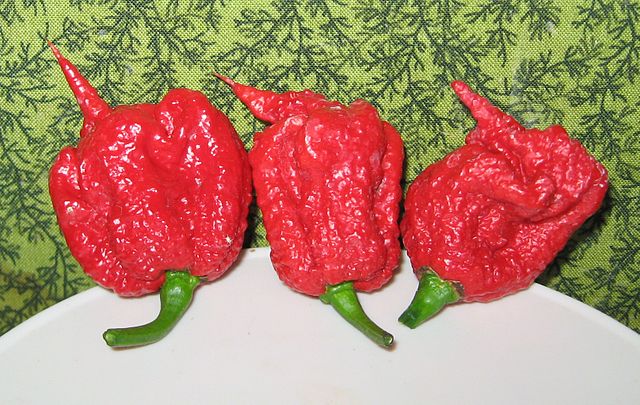 A man who attempted to eat the world’s hottest chili ended up with thunderclap headaches.

The unidentified man had eaten only one of the so-called “Carolina Reaper” chilies at an eating contest in upstate New York. After a few days, he began experiencing short but excruciating pains lasting seconds at a time, in the first ever recorded case of such an occurrence, Fox News reports.

Right after the contest, the man began dry heaving, and developed intense neck and head pains that started at the back and later moved to envelope his whole head. He then developed headaches of epic proportions, and decided to go to the emergency room.

The man informed doctors that he felt no tingling sensations or weakness, no slurred speech or loss of vision, and just had a slightly high blood pressure at 134/69mm Hg.

Doctors ran the patient through some tests, but those for neurological conditions came back negative, until brain scans showed that several arteries in his brain had narrowed.

RCVS is characterized by multifocal cerebral arterial constriction that resolves within days to weeks and often presents with a thunderclap headache.

RCVS can happen without any unidentifiable causes, he said, such as reactions to certain medications or illegal drugs. Gunasekaran said, “No cases of RCVS secondary to peppers or cayenne have been previously reported, but ingestion of cayenne pepper has been associated with coronary vasospasm and acute myocardial infarction.”

The man’s symptoms cleared on their own and a CT scan after five weeks showed that his arteries had returned to normal.

“Given the development of symptoms immediately after exposure to a known vasoactive substance, it is plausible that our patient had RCVS secondary to the ‘Carolina Reaper,'” Gunasekaran said.