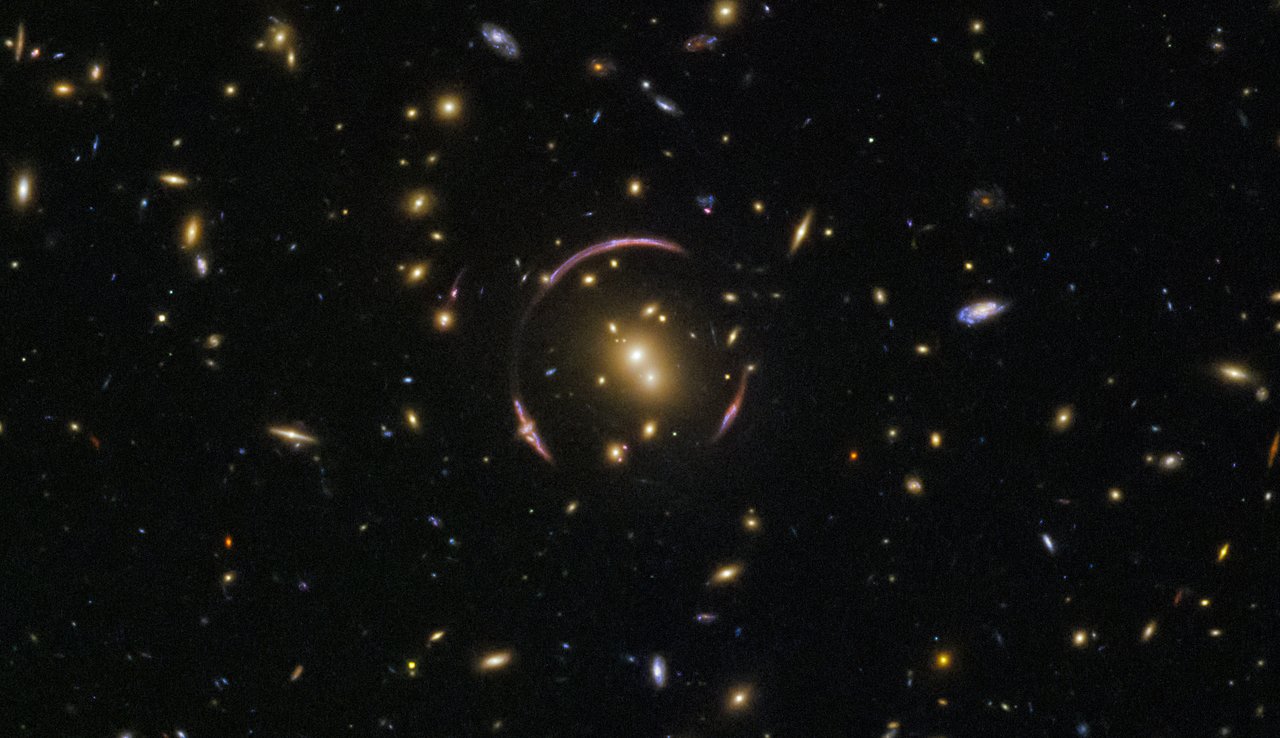 The Hubble Telescope captured an image of distant galaxy cluster SDSS J0146-0929, inadvertently taking a photo of an immense area filled with hundreds of galaxies tugging at each other’s gravitational pulls.

In the image, the objects appear to be no more than space dust, as they look like tiny bright flecks, Tech Times reports. But the combined mass of these galaxies is actually so great that it actually causes a disruption in the fabric of space and time. This distortion is represented by a pulsing ring in the middle of the image, which is called gravitational lensing.

The halo of light, called the “Einstein ring,” is a phenomenon that occurs when light from a background galaxy is diverted and distorted around a huge cluster, making it seem like a galaxy is in many different places at one point.

Gravitational lensing may sound like a complicated scientific thing, but it can be explained fairly simply. When a light passes through a very dense object with a heavy gravitational pull, this object is able to distort the path of light. And since the light takes a path that is not a straight line, it circles around the galaxy, influenced by massive gravitational forces and creating the Einstein ring, such as the one seen by the Hubble Telescope.

The mass of this galaxy cluster is large enough to severely distort the spacetime around it, creating the odd, looping curves that almost encircle the cluster.

Gravitational lensing is founded in Albert Einstein’s Theory of General Relativity, which is why the phenomenon is named after him. The Hubble Telescope’s website states, “Hubble’s sensitivity and high resolution allow it to see faint and distant gravitational lenses that cannot be detected with ground-based telescopes whose images are blurred by the Earth’s atmosphere. The gravitational lensing results in multiple images of the original galaxy each with a characteristically distorted banana-like shape or even into rings.”