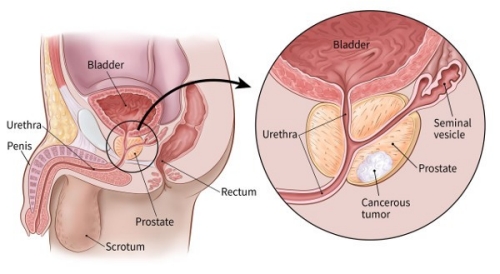 Four out of ten cases of prostate cancer in the United Kingdom are diagnosed too late, a study states.

The charity Orchard found that there is a “worrying trend” of late diagnosis – as many as 37% of prostate cancer cases are diagnosed at stages three and four, the BBC reports. One in four cases of the same was diagnosed in A & E, the report found.

With prostate cancer due to be the most prevalent cancer in the UK within the next 12 years, we are facing a potential crisis in terms of diagnostics, treatment and patient care. Urgent action needs to be taken now.

The report surveyed the UK’s leading prostate cancer experts regarding their opinions on the matter, and reviewed available data to get a picture of prostate cancer care across the country. The information came from sources such as NHS England, charities and the National Prostate Cancer Audit.

According to the report, 42% of prostate cancer patients saw their doctors with symptoms two or more times before they were referred, with 6% going to five or more doctors before referral.

Frank Chinegwundoh, a urological surgeon at Bart’s Health NHS Trust said, “25% of prostate cancer cases in the UK are diagnosed at an advanced stage. This compares to just 8% in the US where there is greater public awareness of prostate cancer and greater screening.”

While there is remaining controversy over the effectiveness of standard screening tests to detect prostate cancer, it is “still vital that patients are diagnosed early to assess if they need treatment or not as advanced prostate cancer is incurable.”