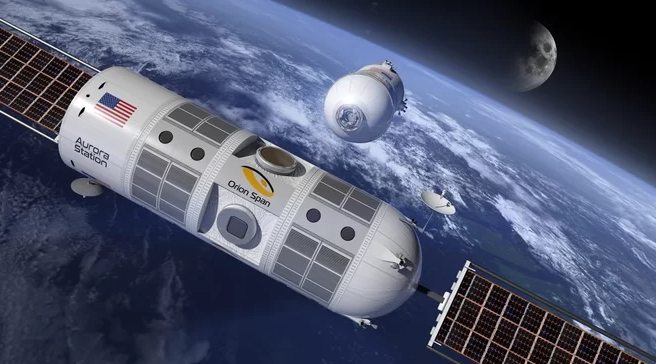 Rich people looking for their next thrill will now have a new destination, if one company’s plan will succeed in the next four years.

Orion Span, a startup, aims to launch what it is calling an “Aurora Station” in late 2021, which will serve as an orbiting hotel, Space.com reports. The station hopes to begin accommodating tourists in 2022.

We are launching the first-ever affordable luxury space hotel.

Bunger unveiled the grand idea that is the Aurora Station at the Space 2.0 Summit in San Jose, California.

“Affordable” means that a 12-day stay aboard the Aurora Station amounts to $9.5 million. This is still less that what other private citizens have paid to get to space. From 2001 to 2009, seven people took eight trips to the International Space Station, paying around $20 million to $40 million for each trip.

“There’s been innovation around the architecture to make it more modular and more simple to use and have more automation, so we don’t have to have EVAs [extravehicular activities] or spacewalks,” Bunger said. “The goal when we started the company was to create that innovation to make simplicity possible, and by making simplicity possible, we drive a tremendous amount of cost out of it,”

Orion Span is building the ambitious station on its own. The company’s fleet of engineers and designers include some key people who worked on the ISS. Building the Aurora Station is taking place in Houston, while software development to run the space hotel is in the Bay Area.